5. Girl gets stuck in Washing Machine while playing Hide-And-Seek

An 11-year-old girl who was playing hide-n-seek with her friends went trough horrible moments. She hid in a washing machine and got stuck.

Her friends tried to pull her out without calling the adults, so they wouldn’t get into trouble. 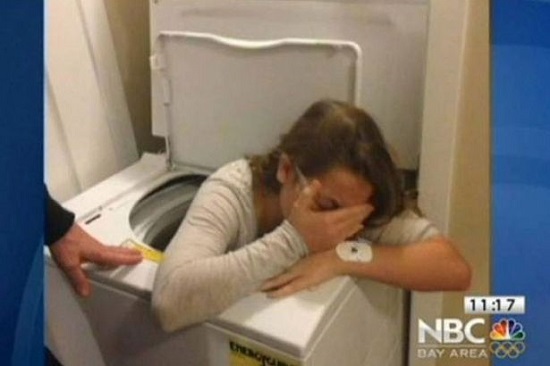 The kids used butter, ice and water to help their friend get out. When they realized they can’t help her, they called the parents. The parents eventually called the police.

After 90 minutes, the girl was able to get out. Take a look at the next video for the full story.

6. People who got stuck in toddler swings

Many persons wish to stay as children for as long as possible. And even if their souls remain childish, their bodies grow up.

Lost of people wanted to feel one more time the pleasures of the childhood by  swinging. As a result, many people got stuck in baby swings.

Girl gets stuck in baby swing

A 14-year-old girl from New York got trapped into a swing after an attempt to have fun. Their friends desperately tried to help her get out.

They eventually called the fire-fighters and freed her. But her friends had a good reason to have a lot of fun.

Boy trapped in a baby swing

It’s obvious; fire-fighters have a lot of work to do because of people who have dumb ideas.

A boy from Plymouth, Devon, pushed himself into a children swing, and he remained there for 3 hours. 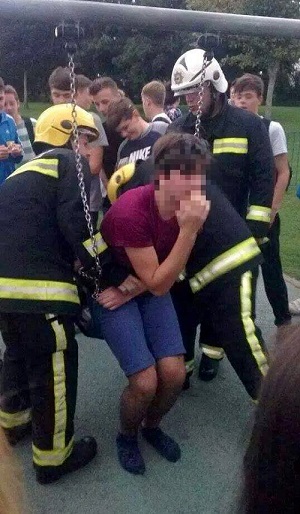 1 2 3
Written with love and coolness by karrinah on November 11, 2014 in Weird Stuff How do you rate this article?