World’s Longest Bride Dresses Ever – take a look at the longest wedding dress that belong to the Chinese and other amazingly long dresses.

Jing Mei from China wanted to make an amazing entrance at her wedding, but she turned to be a sensation to the entire world.

1. The wedding dress that measures 4100 meters

Jing Mei wanted her wedding day to be special, but what she decided for this day became history. Her wedding dress has been no shorter than 2.5 miles. The dress is truly amazing. 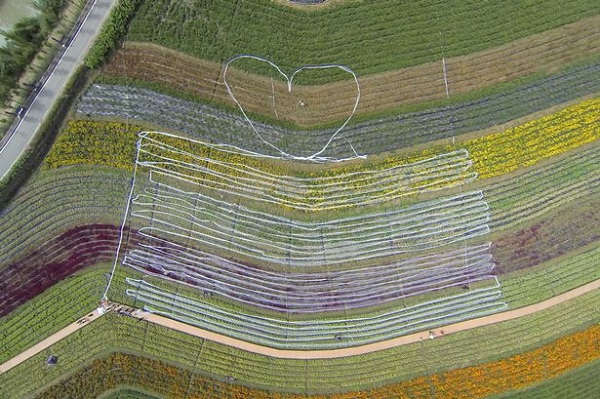 The bride has 40 helpers who carried the train, and she has a chance to receive the record of the longest wedding train dress ever. Jing Mei paid for the amazingly long dress around $6500. The longest dress weights 120 pounds. 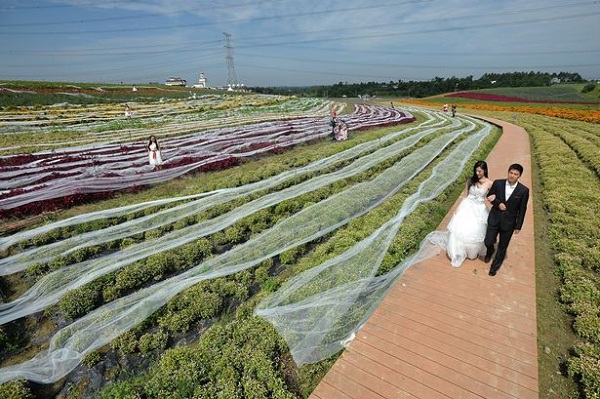 The previous title of the longest wedding dress has been held by the Romanian model Emma Dumitrescu. Her dress was 2750 m long, and the designers needed 4700 m of material, 1857 needles and 100 days to finish this beautiful piece.

The girl of only 17 years old, wore the dress at a Guinness World Record attempt in Bucharest. 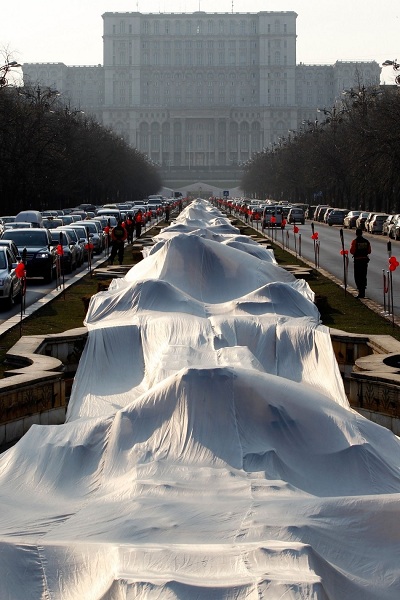 3. The wedding dress from Netherlands that measures 2488.65 m

Lichel van den Ende is the creator of this amazing dress. He designed it in 2009, when he also won the Guinness World Record with this creation.

The dress was created in order to celebrate 15 years of “Terra Art Projects”. 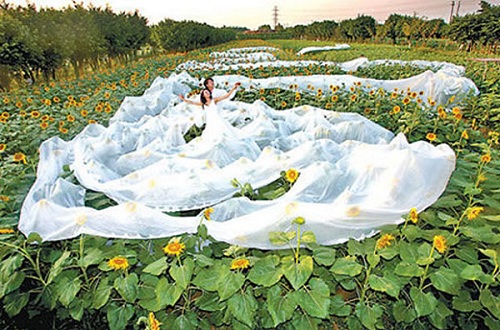 The next dress in the top of the longest wedding dresses in the world is the gown of Lin Rong from China. The dress price was 40,000-yuan, the equivalent of $6000.

The groom gifted this dress to his spouse, and although many people believed it has been a waste of money, he was convinced his gift had been an amazing proof of his love. 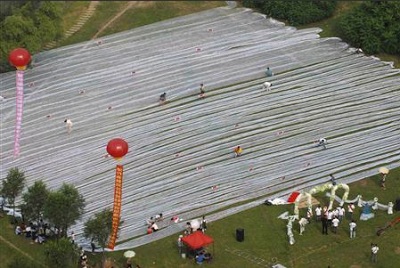 This amazingly long dress was an attempt to break the previous record help by the Romanian model.

The guests spent 3 hours to unroll the train of the dress and pin on 9,999 red silk roses. 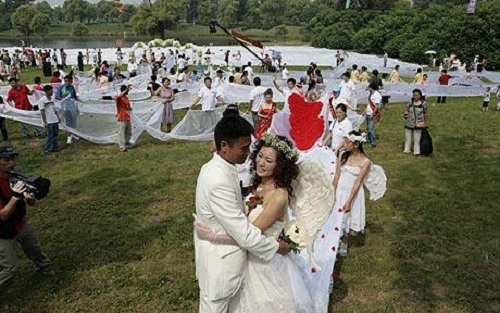 Written with love and coolness by karrinah on October 2, 2014 in World's Biggest Things How do you rate this article?