4. Spirit caught on camera in pub

The staff of the oldest bar from Britain caught on tape what it seemed to be a specter. The ghost stops by the bar and has a flickering shape.

The manager of the pub said he saw the footage Friday night. He was surprised to notice that the CCTV mysteriously stopped recording right after the strange event, at 6:18 a.m. 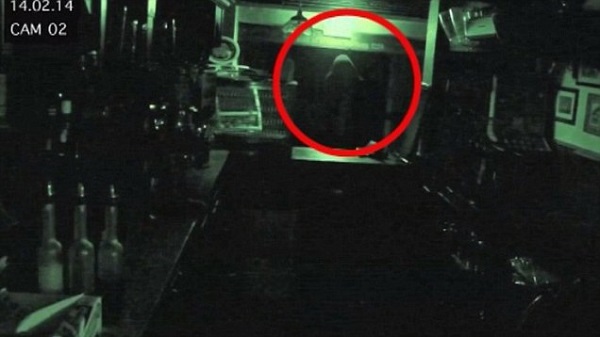 He heard glass smashing and came down to see what happened. The CCTVs were all shut down. Some believe that the ghost is the soul of Seventh Earl of Derby, James Stanley. He owned the inn in 1651, and the place where he is seen is the last place where he sat before being beheaded. 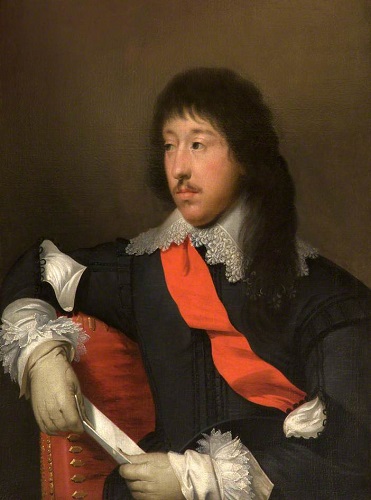 Also, many soldiers and civilians were killed outside the pub in 1644, in the Bolton Massacre.

Below you can watch the video footage of the strange spirit sitting at the bar:

The following incredible story was caught on camera on the streets from China, near a school.

Is a rather mysterious video. Nobody knows if it is real or a hoax.

In this video, you can clearly see that a truck is about to hit the bike in a junction. 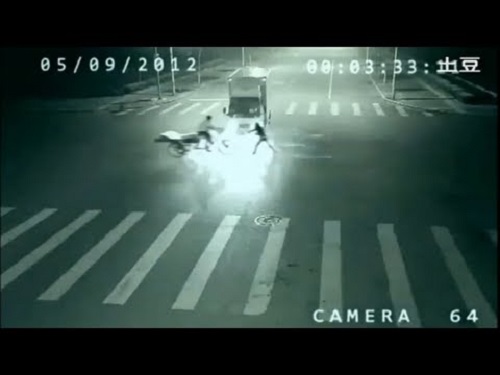 But what happens next is incredible. You can see a shadowy figure moving at light speed towards the biker and reaches him, right when he is about to be hit. A flash of light appears and the biker and the ghostly woman disappear and magically appear on the right side of the street. 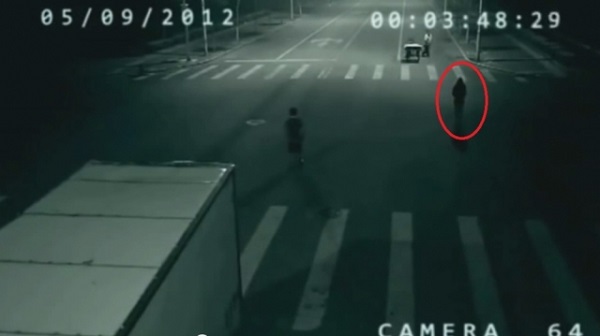 The man on the bike looks like he was awakened from death, and the person who is with him has strange lights on her face and hands. Meanwhile, the truck driver got out of the car and looked terrified at the middle of the junction.

Soon the girl puts the hand in the pocket and moves fast towards the dark side of the street. The two men remain speechless. We are not sure if this scene is real, but until now there are no evidence to disapprove it.

Below you can watch the amazing video with the angel spirit helping the biker:

6. The Ghost from Dudley Castle

Dudley Castle, build in 1071, is famous for the stories about ghosts that people keep telling about it. The castle from West Midlands belonged to  a Saxon lord called Dud.

Most skeptics believe this castle is just like any other castle, but some tourist claim they have proofs.

In a visit to the castle, Amy Harper took a photo of this castle. But when she got home, she realized she caught more than just the castle in her picture. At one of the entrances of the castle, she noticed a foggy feminine figure. She immediately assumed it’s a ghost. 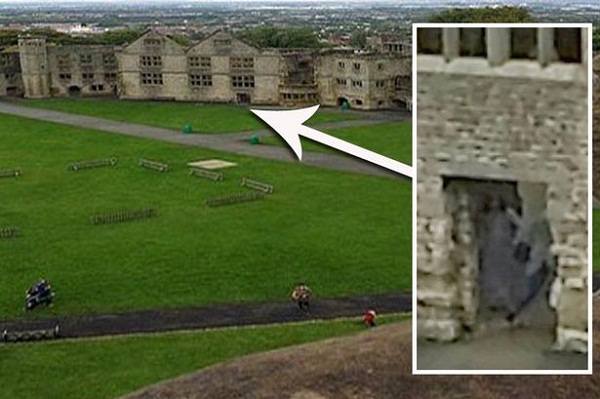 The people who saw the picture believe the spirit is the ghost of The Gray Lady. The Gray Lady was a woman who died in 1646.

However, many believe it’s a hoax since the piece of clothing she is wearing in the picture was designed decades after her death.

What do you think?