An amazingly huge wasp nest was discovered in San Sebastian De La Gomera, Spain. The nest was 22 feet long (almost 7 meters) and it was actually found in someone’s house! Find out more about the gigantic wasp nest found in 2013 right here. 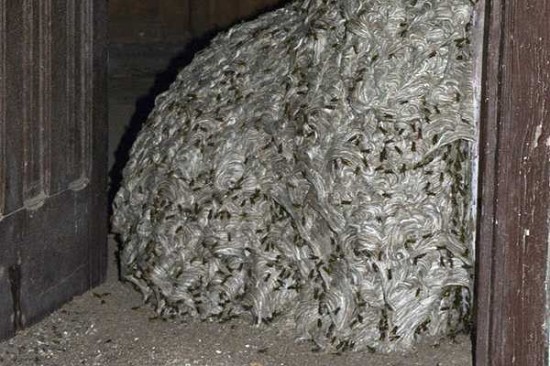 The giant wasp nest was discovered in San Sebastián de La Gomera, the port capital of Tenerife in the Canary Islands. As you can imagine, the entire community was shocked to see the monstrous thing. Experts were called to analyze the nest and they declared that the wasps may be an invasive species migrated from Africa, and that the native species would never build a nest that huge. 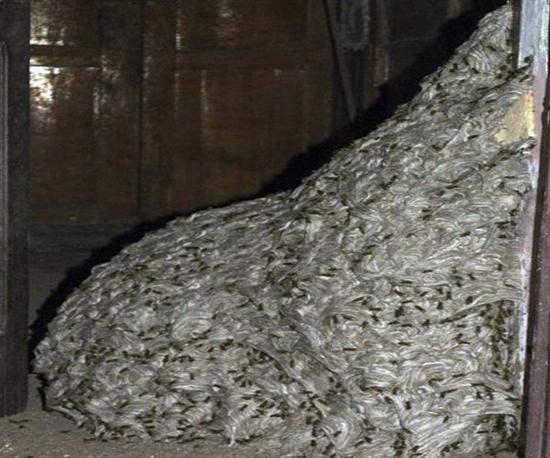 Following several complaints from the members of the community, the police ran a raid on April 9th, 2013 into an abandoned house. The discovery they made was both scare and pretty amazing at the same time. The weird noises and smells that came from within the house were actually produced by a gigantic swarm of wasps and their labor to build the largest wasp nest in the world. 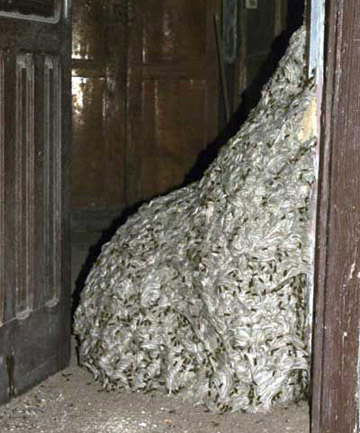 Which was the largest wasp nest up until now?

It was most likely constructed by German wasps (Vespula germanica).

Pretty neat huh? NOT! I would hate to be anywhere near that enormous wasp nest. The polise sealed the house and they worked on finding the owner

Below you can see a video with another huge wasp nest:


Written with love and coolness by crissa on April 17, 2013 in Amazing Stuff How do you rate this article?