Biggest  Jellyfish on Earth caught on camera – and take a look at these 4 amazingly largest jellies.

Read about the latest news about this enormous jellyfish from Cornwall

The people from Britain spotted the other days, a huge barrel jellyfish swimming nonchalantly in a Cornish estuary.

The Cornwall Wildlife Trust officer was swimming with his dog when he caught on video the amazing creature. 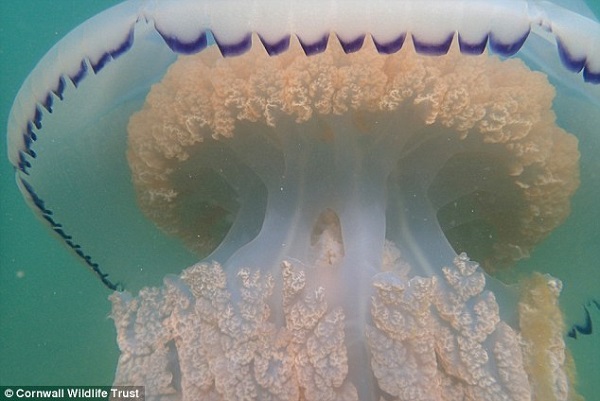 The beautiful and graceful jellyfish had 1 meter in diameter and probably weighed around 20 kilos.

These beings appear in the waters when the temperature raise. The good thing is they are harmless. Their sting is too weak to penetrate human skin. 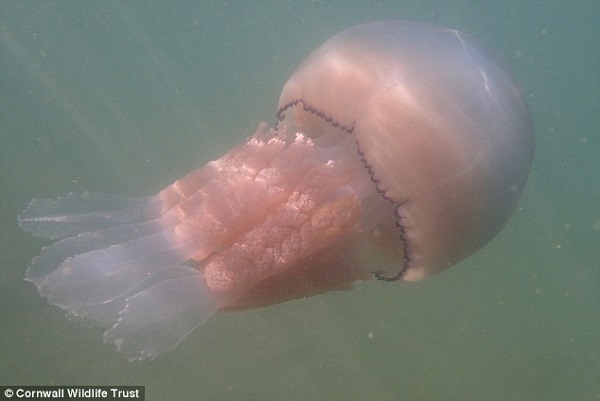 The big barrel jellies feed on plankton that is caught by their tentacles.

Below you can watch the full video of the swimming giant jellyfish:

2. Big jellyfish washed up on shores in Australia

An incredibly big exemplar of a well-known jellyfish species was found on the shores in Australia by a family.

Although the species has been spotted before, this jelly was the biggest of her kind. It measures about 1.5 meters. 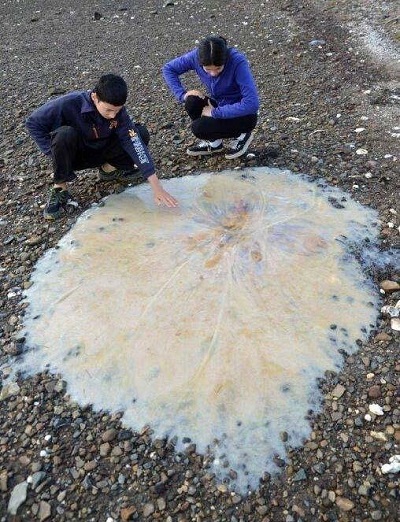 The researchers believe the creature belongs to Cyanea group along with Lion’s Mane, another big jellyfish. 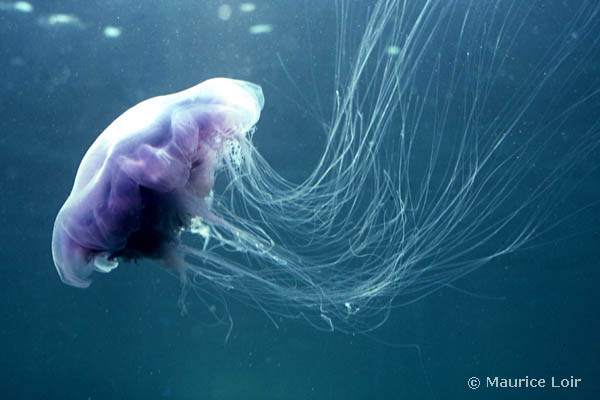 Another huge jellyfish that was peacefully swimming in Britain’s seas is the next beauty.

Ross Williams filmed the graceful creature swimming along with his boat in the Cornish waters. 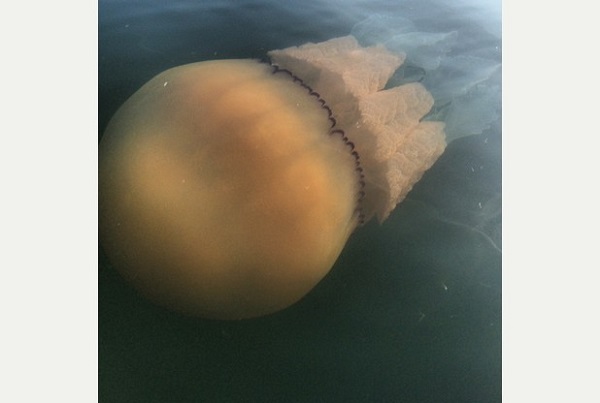 Other jellyfish of her kind were found washed up ashore by the locals.

Below you can watch the video of this amazing creature:

The wildlife photographer Steve Trewhella was doing his job, when he spotted an impressive jellyfish washed up ashore.

The animal had 3ft and 2 inches in diameter. But the translucent skin makes her look like an alien. 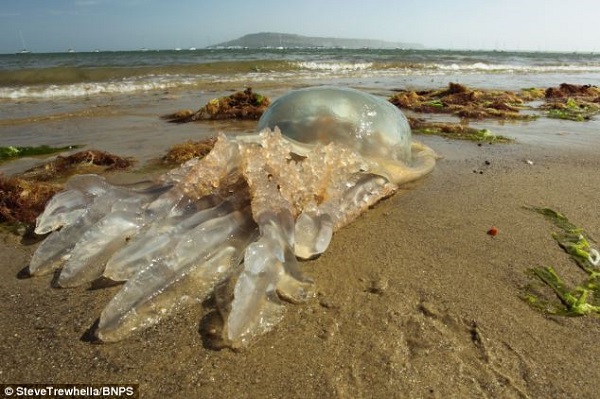 Since the temperature will keep increasing, we expect to see more of these amazing creatures all around the world.

Written with love and coolness by karrinah on July 4, 2014 in World's Biggest Things How do you rate this article?