Japanese Scientists have created a cool new wig which uses GPS navigation and also has the capacity to monitor the health stats of whomever is wearing it. The so-called Smart wigs are able to monitor brainwaves, hand out directions and even control slide shows. Find out more about them right here.

The team of scientists didn’t just make one version of this cool wig, they made three of them. Each wig is equipped with three different functions. 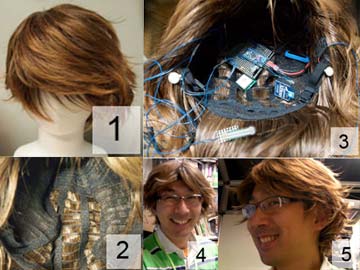 The three awesome functions are indeed very useful, but one can not help but wonder whay
– one of the smart wigs comes with a built-in laser pointer for PowerPoint presentations,
– another one (and the coolest as far as Cool Weirdo is concerned) guides whomever wears it a designated destination using vibrations and a GPS navigation system;
– the third version of the wonder wig has built-in sensors which allows it to keep track of body temperature and blood pressure. 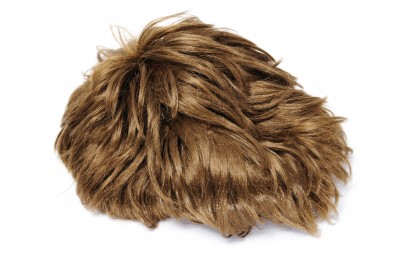 Needless to say, the combination is at least bizarre, and I can only think of the advertisement for the GPS one… “If you’re bald and can’t seem to find your way around town, then we’ve got the wig for you!” The high-tech wig, has built-in sensors which are able to read the wearer’s brainwaves and direct them to their destination via the incorporated GPS. 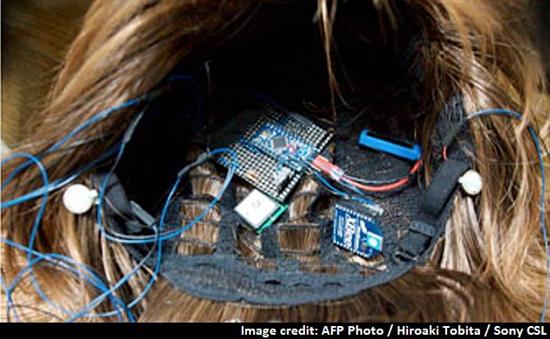 Those who are follically challenged now have to chose between 3 cleverly-named toupees:

– Presentation Wig (most useful for those days when you just have to do a Powerpoint presentation)
– Sensing Wig (which keeps an eye out on your blood pressure and brainwaves. This wig can also record sounds and images to allow an easy playback of the day)
– Navigation Wig (that little thing that not only takes care of your scalp, but also, helps you find the best route throughout town) 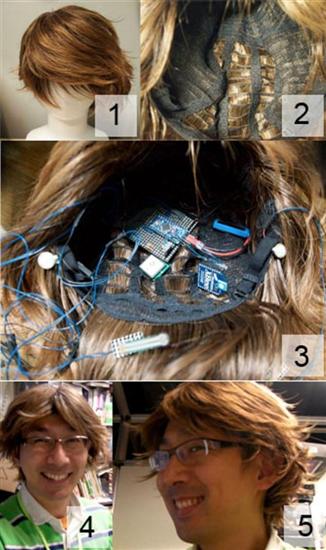 The awesome inventors declared that:

Also, the spokeswoman for Sony declared that they have requested patents for the SmartWig in the European Union and the United States, although there were currently no plans to commercialise the product.

See how the SmartWig works in the :


Written with love and coolness by crissa on December 2, 2013 in Cool Stuff How do you rate this article?