Another noodles lover in Johannesburg found a dead insect inside a pack of noodles while she was preparing dinner for her family.

Her daughter reported: “My mom poured the noodles into the bowl and she saw the bug. Nevertheless, she  had to scrape out all the noodles because she was worried about what was going to be in there.” 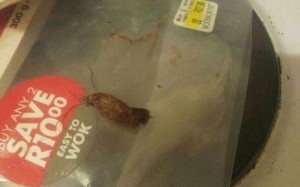 18. And the secret sardine puff ingredient is…

After taking a bite from a sardine puff, Sandra Jana discovered an insect in it, therefore she reported at the store where she bought food. Nevertheless, they’re response was not apologetic at all. Furthermore, they replied that the small insect “was most likely not a cockroach because it was eight-legged, not six”.

In conclusion, don’t worry, Sandra, there was no cockroach inside so you can go on eating!!! 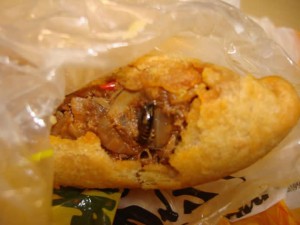 19. Ants left their anthill for a toffee

Shops have “goodies” for everyone. Even for little fellows like … ants! Therefore, when they found these toffee,  it was too tasty to let it go.

20.  Hazelnuts replaced for worms in chocolate

Hm … chocolate!!! Worms also seem to love it so much that they left ground!

In Kasargod for example, a two year old child started vomiting after eating a chocolate bar,therefore his parents examined the chocolate carefully . In that moment, they saw worms coming out of it. 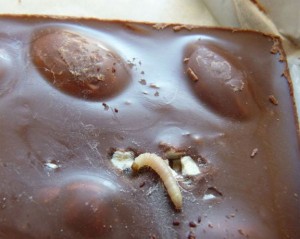 Craving for some delicious cooked rice with vegetables and a light soup?!

You won’t anymore after seeing what a Romanian customer found on her packed food. Coming home from market and feeling really hungry, a woman from Cluj, Romania, unwrapped the dishes she has bought, took proper cutlery and… stopped eating before starting.

She discovered small insects in her soup and left it apart, unpacking the rice. Surprise!!!

Furthermore, rice has cockroaches too! 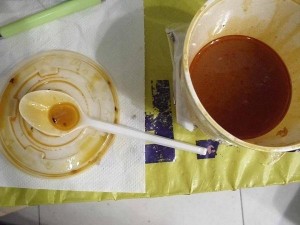 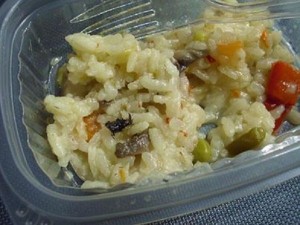 23. A customer bought food to take-out from local market but when she wanted to eat it, bugs were “walking” all over the bowl.