Alive insects bursting out of food, dead insects found in your food. Spiders, crickets, flies, cockroaches, ants, maggots…23 cases of insects discovered living in your food or ‘resting’ in it. No, you guys, it’s not another scientifical article about insects, yet it’s about these little ones unexpectedly reaching fruit bags, lunch boxes or restaurant dishes.

1. Spider living inside a banana – for sure not a common view

What is better in the morning than eating a perfect ripe banana which gives you the energy needed  to start a busy day!?! Even insects  have this routine as one man found in his fruit… a spider! 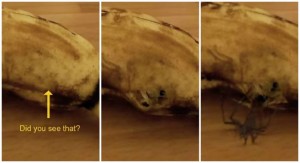 2. “We all live on a yellow submarine!” The deadly spiders

“I thought it was mold, but when I had a closer look I saw some funny looking spots, and was horrified to see they were spiders hatching out on the table, scurrying around on my carpet. I hope I didn’t eat one but I can’t be sure. I now have a phobia of buying bananas. However, we don’t know whether they’ve all gone.”

As we know, a single spider egg contains as much DNA as five humans combined so they really have reasons for being scared, don’t you think?! 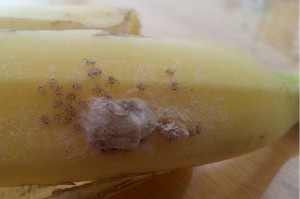 World’s most dangerous spiders live in Costa Rica, but why stick in there when  are so many places to visit in this world? Therefore, one day, they were nicely packed in a banana bag and sent to supermarket in Bristol and as the journey was not too long, Maria Layton, a local woman bought the bag, took it home and wanted to feed her six-years old daughter.

While opening the bag, she noticed something was off and spotted a Brazilian wandering spider, one of the deadliest  you can find, so, she took a carefully look at the bananas and saw a cocoon moving. Consequently, knowing the risk, the woman put the fruit in a sealed container and freezed it.

It is known that these “banana spiders” have the most active neurotoxic venom of any spider, and only 0.006 mg of this is enough to kill a mouse. 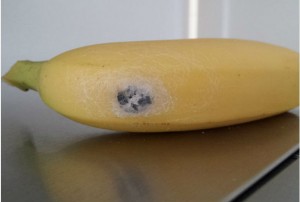 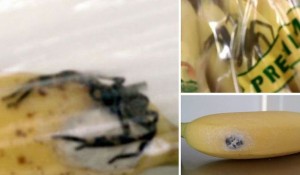 Clare Mahon from Shannon, County Clare was visiting her dad with family and wanted to make banana sandwiches for the kids, so she opened the plastic wrapper and then saw a spider coming out from the bag. Therefore … enough with those banana snacks for lunch, huh?!

A man in Boston pulled out some grapes from a bag he has just bought at the Whole Foods Market in Brighton and saw something black fall out. Therefore, as he didn’t knew what was that,  took a look in the bag and saw a black widow spider. 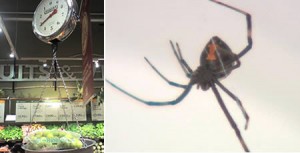 Sounds great, right?! It seems like spiders usually reside inside McDonald’s sandwiches as a customer surprisingly discovered that she has to share her sandwich not with a friend, but with a little spider :

“I was just going to take a bite when Daria screamed and pointed at my burger. There sitting on a piece of cheese and partially hidden by some lettuce was this  black spider and although it was smaller than my finger nail, it wasn’t much smaller and it was black like an olive. I couldn’t believe it. “ 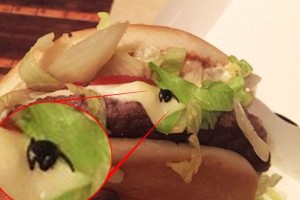 7.Cricket songs are all about… sandwiches!

A McDonald’s customer was surprised to discover the secret of crickets perfect singing: from time to time they eat Big Tasty sandwiches.

Mathew Pickford stopped at the drive-in and bought a sandwich to eat on his way home, but as he doesn’t enjoy some vegetables in his meals, he took out a slice of tomato and saw an uncommon ingredient, a dead cricket.

He said: “I had bitten into the burger, I then moved a tomato as I don’t like them and saw it (the insect) under it. I could not believe it , I threw up and was sick , I felt disgusted. I called the environmental health team and they said there are fields near the McDonald’s so it may have come from there.” 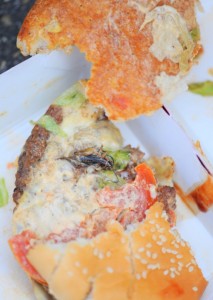 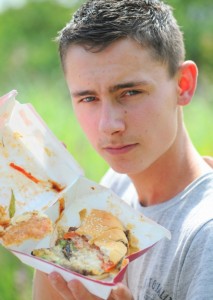 Need some french fries with those sandwiches? Don’t you worry… it’s the perfect combination, especially when they have same main ingredient, a fly :

“Having seen such things in my food, do you even think I would consume the same dish again? “ 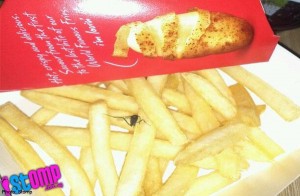 Sticking to potato goodies, let’s try some hash brown. It seems like fast food owners don’t agree with the idea that eating just legumes from once in a while is a healthy habit and even though the customer ordered just potatoes, they served it with a deep-fried … cockroach. 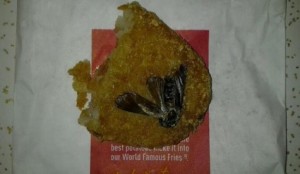 Nobody can say “no” to a Golden Boy anchovy crispy snack. Even though … they have changed the recipe?!

A man has eaten 1/3 of the snack when he saw an insect covered in sesame seeds. 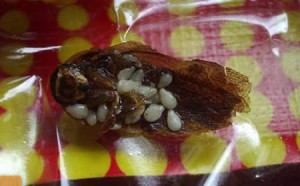 read about more cases on the next pages