Giant fish that eats crocodiles and humans was discovered 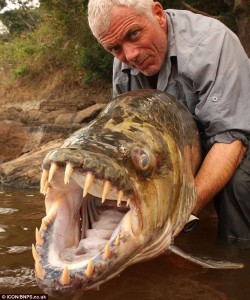 Goliath is considered one of the largest freshwater fish in the world. It is much larger and more deadly than the small piranha.

The giant fish has 32 teeth that are similar in size to those of a great white shark, and it has been proven that it attacks humans and crocodiles. 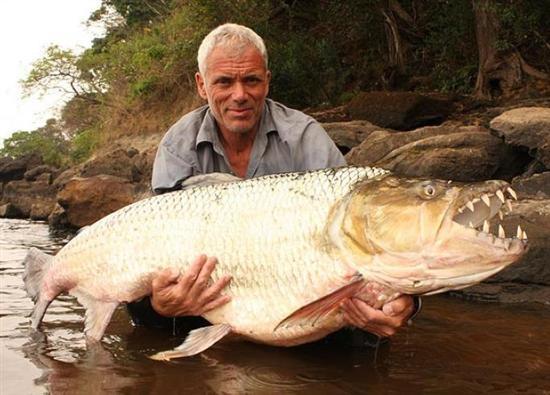 When people name something or someone Goliath, you better expect to see something humongous! Well, that is clearly the case of the Goliath tigerfish. The biggest monster fish from this species caught up until now was 5 feet long and weighed 154 pounds, but there are indications that even much bigger specimens roam the Lualaba River, Lake Upemba and Lake Tanganyika in Africa

Each of this monster’s razor-sharp teeth can be up to one inch long, and when these “knifes” gulp on the unsuspecting prey, you can pretty much expect a clean cut… 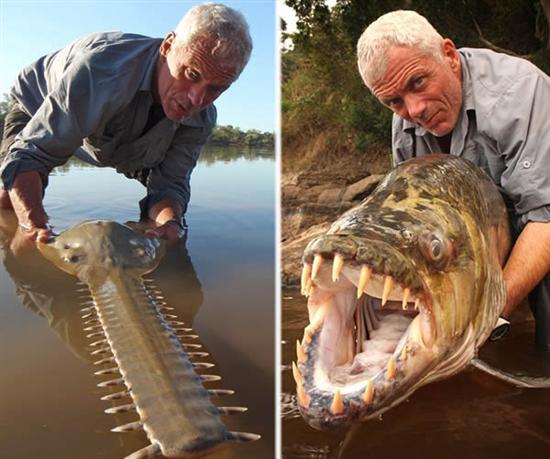 Kill it before it lays eggs? 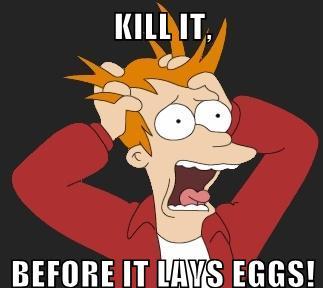 The Goliath tigerfish species takes extremely long to breed, because, well, in a nutshell… they like to hunt, and eat a lot, hence, they invest their energy into the killing, rather than breeding. Your first instinct when you catch such a fish would be to take it home and frame it, please do not, cause we have to preserve the species, or else, we’ll only see it in documentaries. 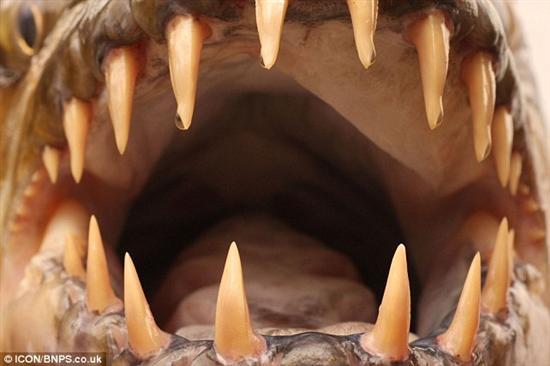 Have a look below to see a video about the monster fish:

Written with love and coolness by Marius on June 11, 2013 in Weird Stuff How do you rate this article?