An incredible list of real cases of plane engines and parts falling off the sky while the airplanes were in use, flying! Pictures and videos included.

Look up there in the sky! Is it a bird? Is it a plane? No, it is not Superman nor a plane, but it is the aircraft’s engine falling off the sky. In this article, we will list the most interesting cases pertaining to this potentially dangerous topic to those unfortunate enough to find themselves on a free falling engine’s trajectory (not to mention the terrified passengers!)

Without further ado, let’s dive deep (no pun intended) into our top list of accidents that could have had disastrous effects in some situations if it weren’t for the brave pilots at the plane’s controls.

Plane Engines Falling Off the Sky

Plane Engine Carcass Found on the Ground in Northern Myanmar 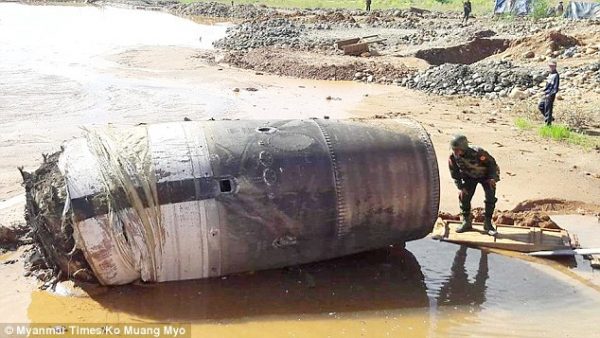 Aliens mining for jade in Myanmar? No, just a heavy engine tube with Chinese writings on it.

The residents of a small town in Myanmar have been alerted by a very strange and rare thing: a deafening sound made by a plane engine falling from sky! less than a couple of weeks ago (October 2016). The large steel cylinder was proven to be the outer layer of an engine from a Chinese airplane that has ended near a jade mine in their area. 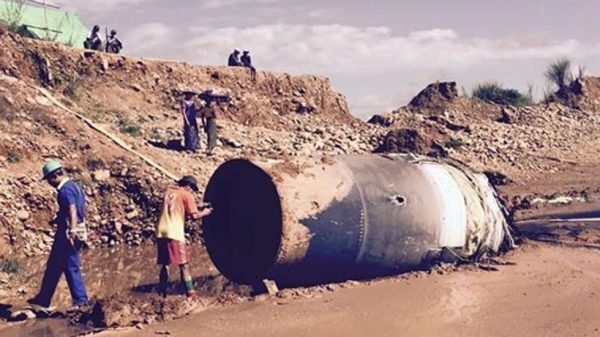 The press released pictures show the huge 15 ft cylinder crashed on a land owned by an exploration company on the north side of the country. Chinese letters were found on some parts that have fallen close to some houses at the same time, but fortunately, no person was harmed.

Witnesses said that the frightening blast was produced as the bigger barrel part hit the ground then jumped 150 feet over the mine’s substance before finally resting in the mud.

At least they know what it is.There are some cases where the fallen UFO object was never identified! 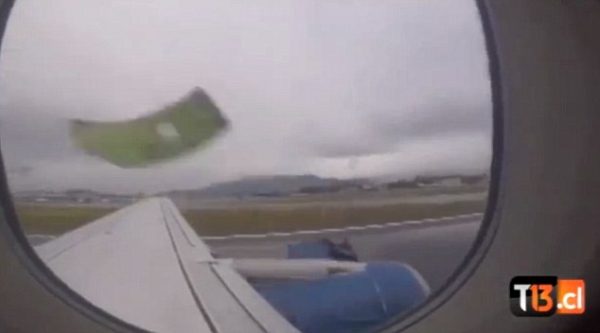 In October last year, an airplane had to land at the Santiago Airport after sections around its engine started detaching during the take-off. Sky Airlines’ plane was flying from Santiago to Copiapo in Chile and had over 130 passengers on board. The pilot had to return to Santiago following the plane components falling from the sky, which was filmed by the people on board.

One of these people sat close to plane’s wing and caught on camera side the incredible scene when the engine’s safety covering was detached with other components becoming separated as the aircraft started going up. You can bet that these terrifying images haunted them for many months after that!

Singaporean Pilots Recover Their Airplane at Over 7,500 Feet 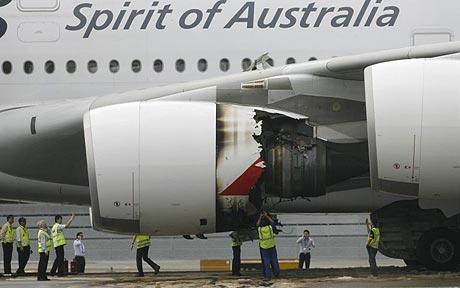 On a warm morning in 2010, the flight 32 of Qantas Air in Singapore took off the runway for what was going to be one of the most awesome recoveries in the sky. The airplane was going to Sydney, when, at 7,500 feet, a few apocalyptic booms were heard by those inside it. Later, it was shown that the plane’s parts falling from the sky were caught on fire and that many of them were literally flying in midair. 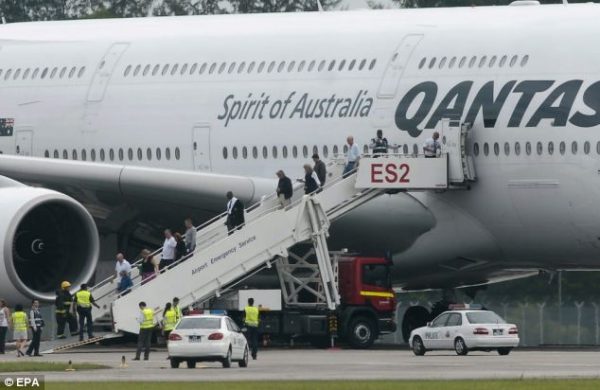 Falling parts from the booming motors pierced segments of the plane’s wings and broke the energy systems, causing massive fuel leaking and a gas tank fire. These impaired one automatic program and its anti-lock brakes, leading to two of the engines to enter into the damaged mode, a broken flap and the control for the external motor.

Despite all the odds being against them, the pilots have been able to land the aircraft back to the Singapore International Airport, making them real heroes for those who  were on the plane during the flight and not only.

This incident is one of the worst in recent aviation history of such kind, and we can only hope that such life-threatening problems will not happen anymore. You might want to see the worst plane crashes in history 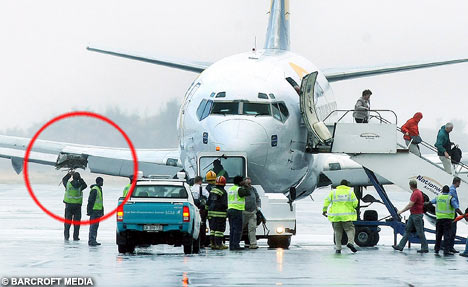 The frightened passengers of the flight CE723 going from Cape Town, South Africa, had to follow numerous emergency procedures after one of the Boeing 737’s motors fell off during its takeoff on Nov 8 2007. All crash landing techniques were forced into action after vital equipment split from the airplane’s right side and dropped onto the ground. 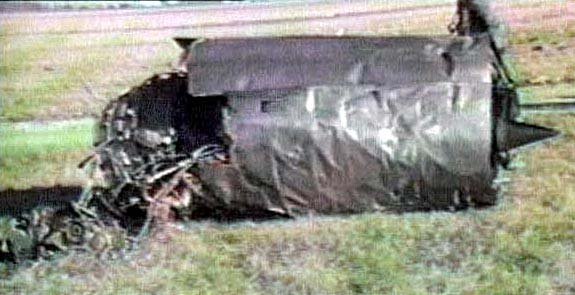 The flight with 105 passengers was ready to go up as engine parts started to fall on the runway and the pilots were told to change the direction and make a critical landing. The airport’s fire and rescuing services hurried to the lane to remove the remains before the aircraft came down. The plane that was flying to Johannesburg gradually descended  as passengers prepared themselves for an emergency landing. Phew! This reminds me of the luckiest people who were close to a disaster. 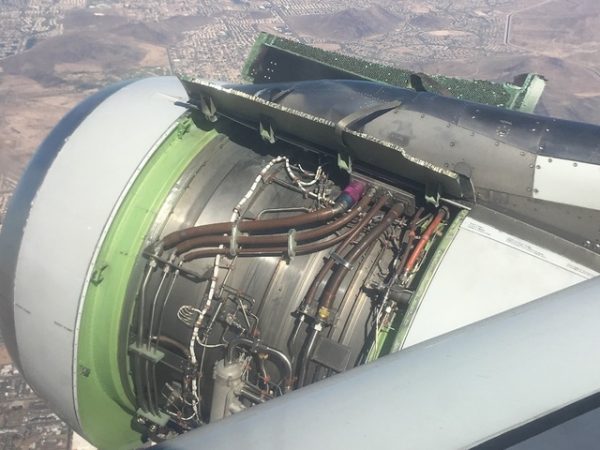 Earlier this year, an aircraft was forced to return to Phoenix Arizona, after all the engine’s outer layers began falling from the sky as it ascended. The team of pilots decided to fly back after the steel protection started falling apart during the trip from Phoenix.

The flight scheduled to San Francisco arrived later at the airport, where it was expected by all emergency services near the runway. Radar screenshots revealed the direction the aircraft took, as it came back to the international terminal, and no passenger was harmed on board. Are these people just lucky, or the planes are so safe these days?

All the right side of the motor cowling started detaching and flying in midair after the airplane had risen to over 12,500 feet, coming back around half an hour after leaving the ground. Luckily, this was one of the fortunate occurrences when skills and luck preceded an ill faith event waiting for a tragedy to happen! 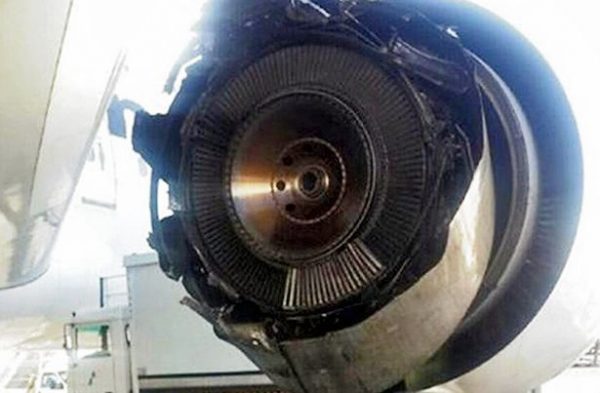 An old Boeing from Iran has to be retired long after its expiration date!

You won’t belive how greedy the people in the flights business are! This airplane was long overdue, but it was still flying! A passenger flight from Tehran, Iran made an urgent landing last month after parts of one of the Boeing 747’s engines began falling

A passenger flight from Tehran, Iran made an urgent landing last month after parts of one of the Boeing 747’s engines began falling off the sky. The aircraft, having more than 420 people on board, arrived securely at Tehran’s main airport terminal, where it just had taken off.

The authorities said that the incident happened shortly after leaving the runway and that frequent examinations and assessments on the aircraft had been performed before the flight. Are you kidding me? Geez! 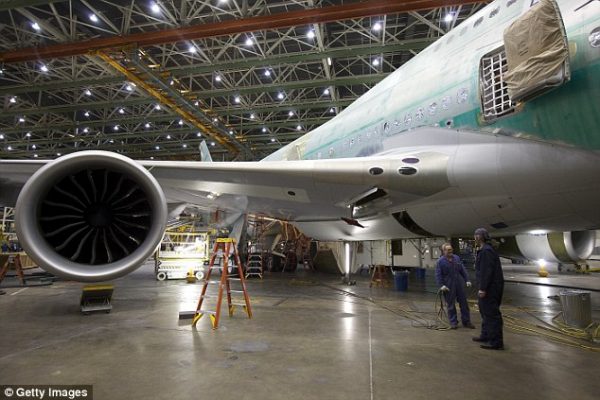 There were no victims reported, and all the people were transported to the destination, a small town in the southeast region of the country, on another airplane. The particular aircraft involved in this accident was not made public, however, the company has only 5 active Boeing 747s and they all became operational more than 20 years ago! 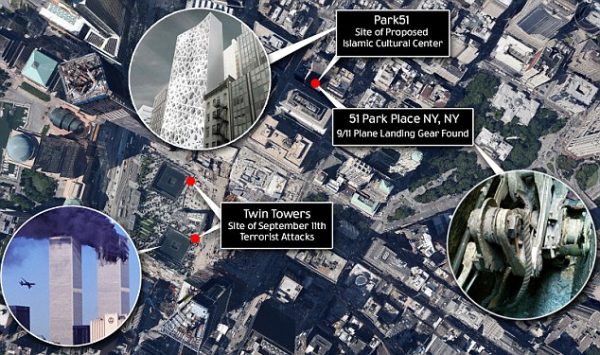 NY police discovered a large part from one of the motors from an airplane that hit the Twin Towers in WTC, over a decade after the terrorist attacks of Sept 11, 2001. The components from the engines were discovered stuck between two structures very close to Ground Zero. Wow! 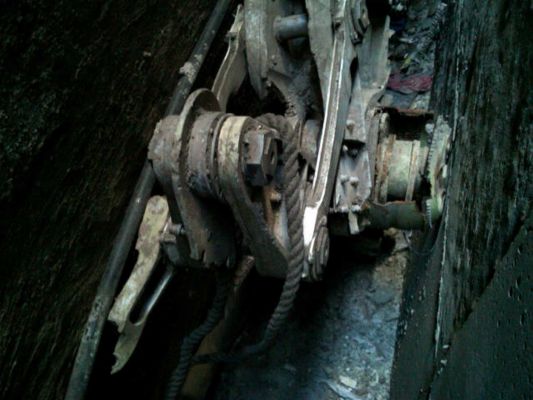 The place is particularly popular because it is the center of an Islamic community, that sparked intense debates and many demonstrations some time ago when the constructors wanted to transform it into a mosque (say what?) 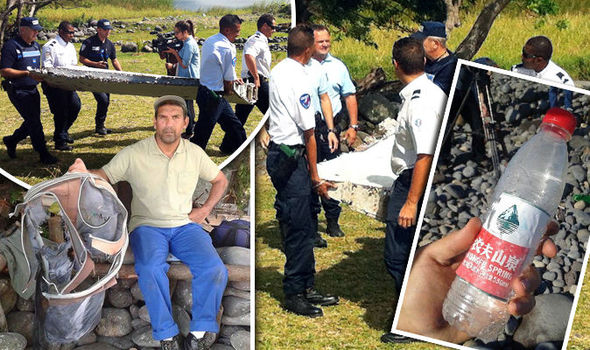 A couple of years ago, a local citizen of Reunion Island found a large part of equipment resting on the seaside. Authorities said that it came from the infamous Boeing 777 missing, the Flight 370 of Malaysia Airlines, a plane that surprisingly fell from the sky on March 2014. 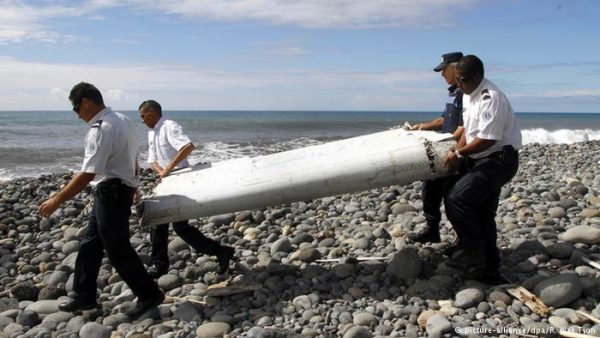 The aircraft is believed to have fallen into the ocean, far from its charted line between Malaysia and China. However, a comprehensive search was unsuccessful to discover even a piece of it. Water currents could have easily taken the flaps from the crashing site to Reunion Island. At least it’s not an alien spaceship that crashed

And as the time passed on, authorities have not confirmed that these flaps were from the MH370 flight, partially due to the fact that plane parts fall off from the sky more often than we think.

So, if you discover any engine falling off from the sky, you will let us know, right…?

Written with love and coolness by Gabriel on November 21, 2016 in Amazing Stuff How do you rate this article?