Bad things happen when you go to war unprepared. The same happened to a burglar from Maryland. Robert C Williams was about to commit the perfect crime, and run away with $20,650 from a bank. But the luck abandoned him when he dropped the money when he was about to escape. 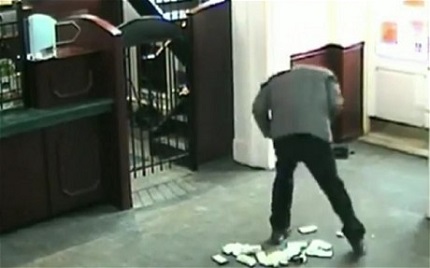 He started to gather the money in an open umbrella. The money kept falling, and it delayed his escape. He drove in his car; however he was unaware that the police prepared  spikes on the road. His bad luck didn’t end with some flat tires, because soon after that he slipped on ice and hurt his head.

The police caught the unlucky dumb robber. Take a look at the video.

5. Most idiot burglar ever tricked by a door

The following story seems taken from comedy movies with dumb people. The incredibly silly event happened into a bar from Chicago.

The CCTV caught a man with a hoodie trying to illegally enter the closed pub. He uses a pincer to cut the lock. After he successfully cuts the lock, he tried to enter but he faces another problem.

The door doesn’t seem to open. 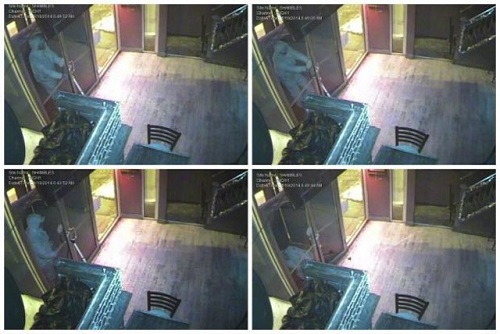 The stupid thief tries for about 7 minutes to pull the door. No matter how much he tries, the door doesn’t give up.

However, if the thief would know how to read, he would notice the big “PUSH” sign visible on the door. Eventually, the burglar gave up and left.

Below you can watch the video about this hilarious event.

Jamal Garrett from California was caught when trying to subtract money from a bank.

He handed Wells Fargo a note on which he wrote his intention.

He soon encountered a problem, when the workers couldn’t decipher his hand-writing. 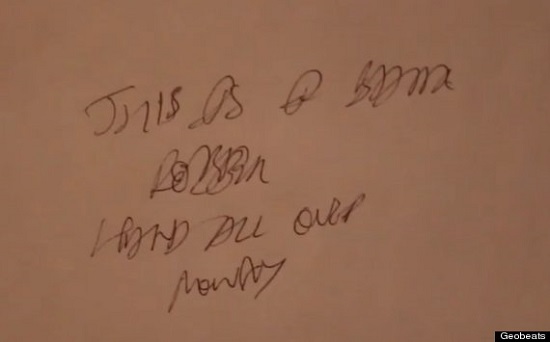 The clerk announced the manager. When they understood the message, they had immediately called the police. The burglar fled, but the officers had enough clues to get him.

He was arrested later, that day.

NEXT: Read about other lame robbers who failed