A bizarre, large, spinning circle of ice was spotted in the Sheyenne River. The strange ice circle was 55 feet in diameter and it spun around. Find out more about the bizarre phenomenon right here. 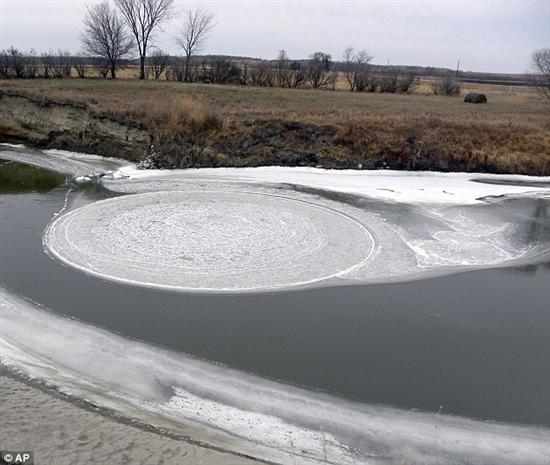 George Loegering, aged 73 was going hunting with his family when he saw the weird icy formation in the middle of the Sheyenne River. 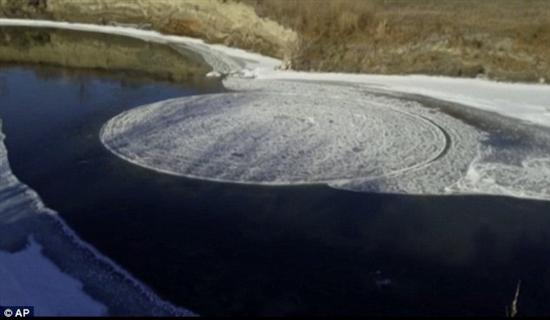 Scientists say that although this phenomenon is rare, it is not at all uncommon. Allen Schlag with the National Weather Service in Bismarck declared that the causes of these rare ice circles are a combination of cold, dense air and an eddy in the river/ 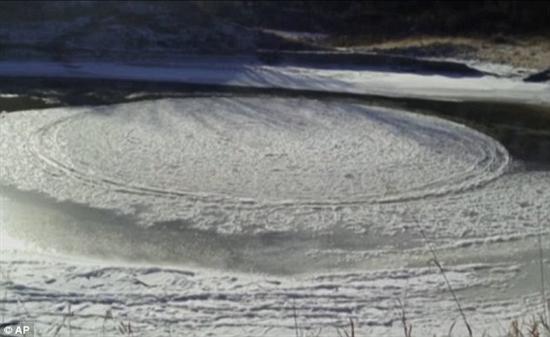 The strange ice disc is actually composed of smaller ice cubes which are aligned close to each other. Despite the fact that it appears to be dense, the ice formation is actually very easy to break. 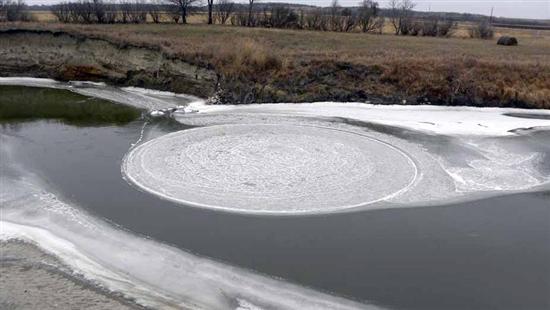 If you look at the odd ice circle, you will notice that it has growth rings on it, indicating that it had been forming for some time. 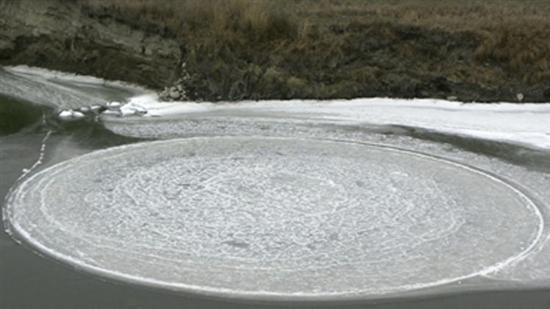 And below you can view a video of the bizarre ice circle spotted on the Sheyenne River:


Written with love and coolness by crissa on November 29, 2013 in Weird Stuff How do you rate this article?