Lethocerus patruelis, a giant underwater insect, is the biggest one in Europe. It was caught on video while stalking and capturing an unsuspecting fish. See the video of the humongous insect attacking the fish, as well as some pictures with it, right here.

Normally, we would expect insects to be eaten, not to be the ones who ferociously attack, but in this case, the hunted becomes the hunter. Recent footage captured by scientists have emerged, and they are not a pretty sight. The video shows a giant Lethocerus patruelis stalking and attacking an unsuspecting little fish, and furthermore, eating it from the inside. 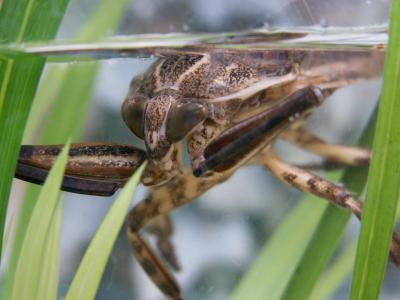 This humongous insect is the biggest underwater bug in Europe. It reaches lengths of 3 inches (8 centimeters) when it reaches adulthood, and for your information, its bite is considered one of the most painful one for humans. Luckily, apart from the pain, this insect’s bite is totally harmless. 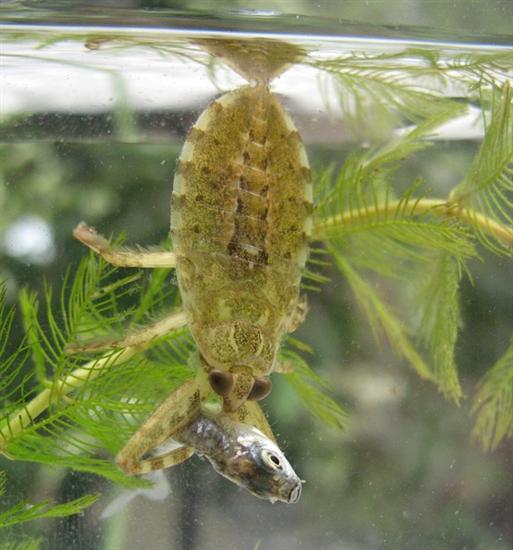 Lethocerus patruelis belongs to the Belostomatidae family. This family is generally known as electric light bugs or toe-biters, (needless to say, even their name sounds scary and painful). Even though this giant inset is harmless for humans, it is lethal for small crustaceans, fish and amphibians. In some cases, they have even been known to eat turtles and water snakes too. 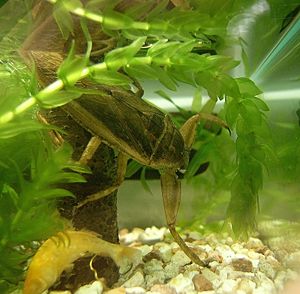 Their deadly technique is to stalk and attack the prey, surprise it, inject their caustic saliva in the soon-to-be meal. The saliva liquefies the insides of the prey. Once the process is done, the giant water bug simply sucks out the contents of the animal it has just hunted. 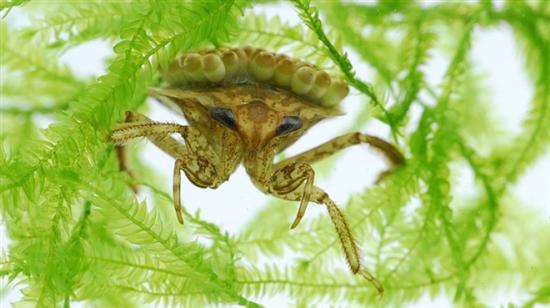 The biggest water insect in Europe can be found in the Balkan Peninsula, Anatolia, and even some parts of the Middle East. Be careful when you plan to go into the waters in these regions, or you may find this not-so-little insect, or better said, they will find you. 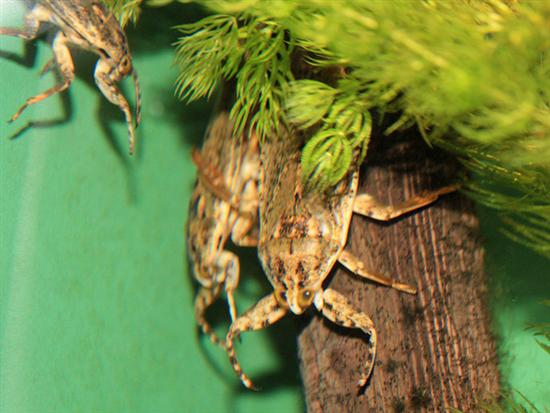 See a video of the biggest water insect ferociously attacking a fish, in the .

Written with love and coolness by crissa on August 6, 2013 in World's Biggest Things How do you rate this article?