Michael AhMazing and his team did in the Kingborough Sports Stadium what not many would dare to do. He recreated the Wiggle’s Big Red Car out of red balloons.

They used the impressive number of 87,930 balloons and how holds the records for the sculpture made of the biggest number of balloons.

Also, at this event, the Wiggles made an appearance and offered a concert for the volunteers and students from the Stadium. 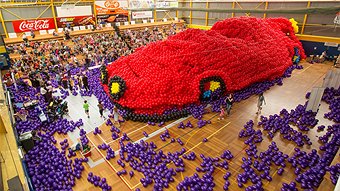 Below you can watch a video about this impressive project:

4. Amazingly big Dinosaurs made of balloons

Mark Verge combined his two passions for inflatable balloons and dinosaur fossils to create something amazing.

He built life-size dinosaur skeletons that resemble the actual thing you see in the museum. 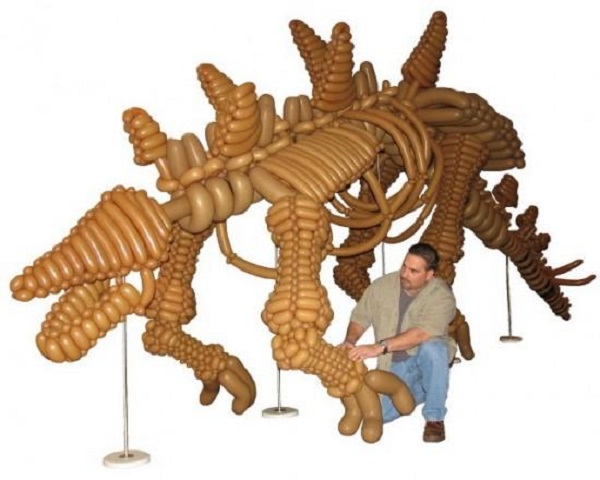 For his works of art, Mark used around 1000 balloons for each model. He recreated triceratops, spinosaurus, utahraptor and even T-Rex. The amazing fact is that the dinosaurs don’t have any metal frame of support, beside the structure made of balloons. The artist said he practiced a lot in order to come to this result. 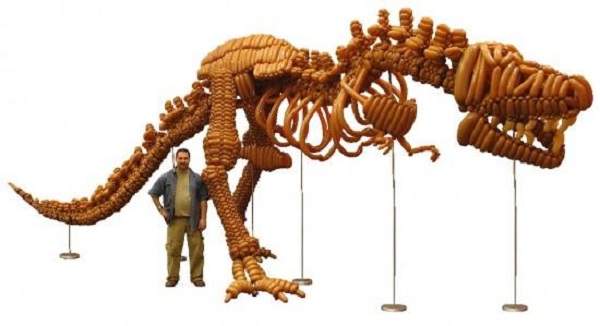 Watch the following video for more works of this artist, from dresses and little animals to giant dinosaurs:

It’s said that in order to overcome a phobia, you need to confront the things that make you afraid. The following artist had a quite unusual way of overcoming his own arachnophobia (fear of spiders).

Adam Lee used around 3000 balloons to create his biggest fear. 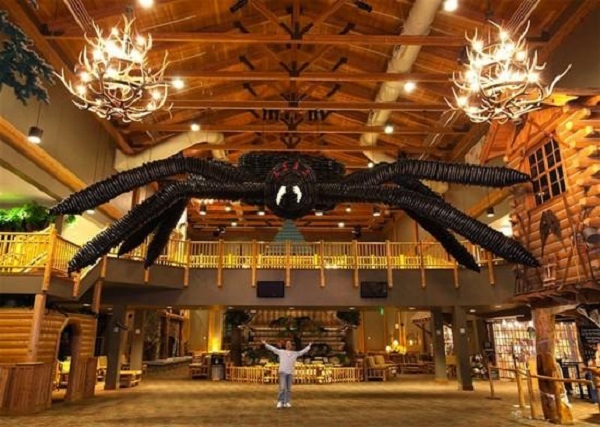 His frightening sculpture is 45 feet wide and 22 feet long. Great Wolf Lodge is the building that hosted the huge spider in 2013. The building is located in Grand Mound.

It’s incredible how sometimes a fear can be turned into an achievement and a victory. 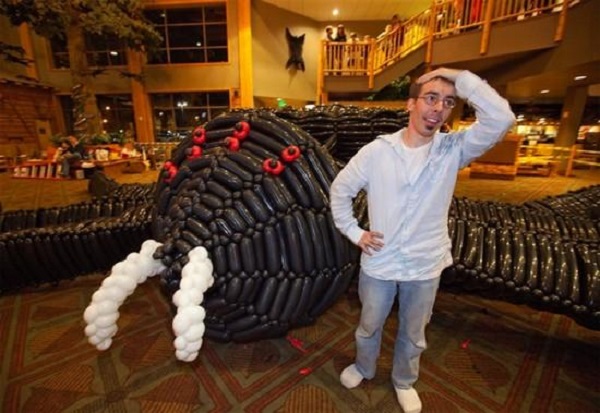 1 2
Written with love and coolness by karrinah on May 23, 2014 in World's Biggest Things How do you rate this article?