World’s Biggest Crocs Of All Times

Have a look at the world’s biggest crocodiles and alligators ever captured. They’re huge, they have a killer bite, and we have the pictures to show you just how dangerous they could be. Check them out right here.

The biggest crocodile of all times is a croc named Lolong. The Guinness Book of World Records acknowledges it as being the longest ever captured. Now, mind you, there may still be bigger ones out there, lurking in the dark, but, so far, Lolong tops all records. 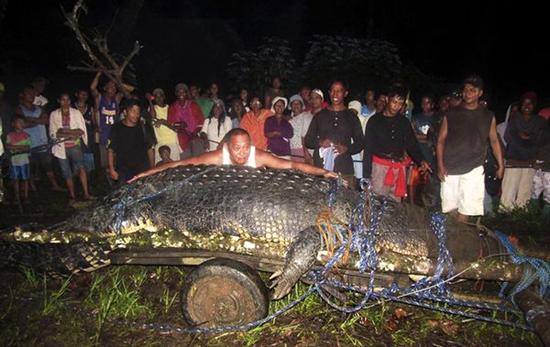 How big is the world’s biggest crocodile?

The gigantic crocodile was caught alive in the Philippines’ Bunawan township back in September 2011. The record breaking croc was 20.24-foot-long (6.17-meter-long) and weighed 2,370-pounds (1,075-kilograms). 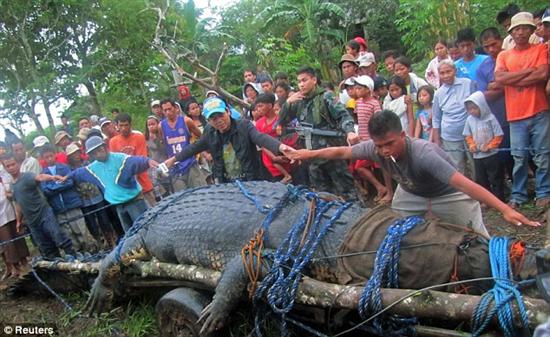 The capture of this beautiful salt water crocodile encouraged the Philippine Senate to introduce a resolution in order to protect their country’s salty waters and assure a good habitat for the species. Sadly, Lolong died in captivity in 2013, two years after being captured. The space he was being kept in was inhumanly small, so the crocodile died due to multiple organ failure due to stress. The pen was too small, he got muscular atrophy and was crushed by its own weight. He was exploited for money, which is extremely saddening news.

This was Lolong, the world’s biggest crocodile, when he was captured:

And here is how captivity killed the world’s biggest crocodile: 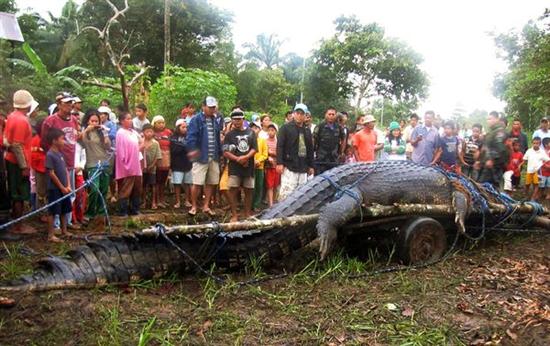 The previous record holder for the world’s biggest crocodile was Cassius, an Australian saltwater crocodile, which was 5.48 meters long (17 feet and 11.75 inches). 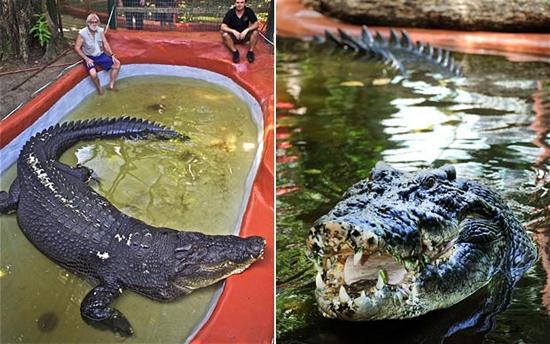 Crocodiles can live up to 120 years, reach sizes of 7 meters (23 feet), and weights of over a ton. HUMONGOUS is the word you are looking for right now. 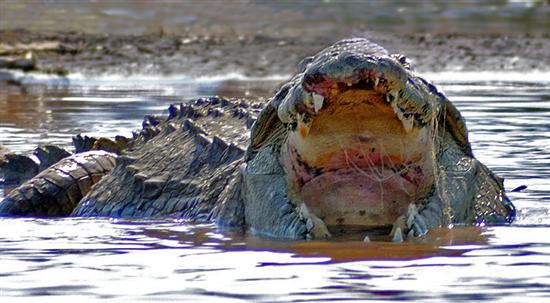 The specimen in the picture below is an alligator captured in Mississippi nn September 1st, 2013 by Beth Trammell and her team. The huge gator weighed 723.5 pounds, breaking the state’s previous record of 697.5 pounds. 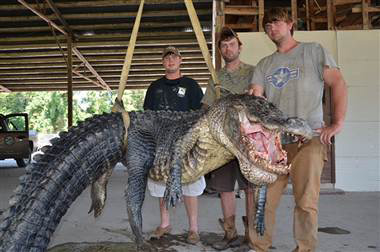 Within one hour of the catch, another team caught en even bigger alligator. The gator was 13-feet, 5.5-inches long and weighed 727 pounds. Sadly, this was a hunting quest, so they killed the beautiful creature… Saw something big, and record-breaking, killed it for fun… 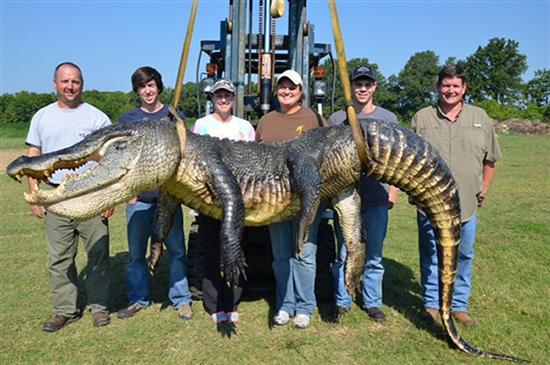 Written with love and coolness by crissa on September 7, 2013 in World's Biggest Things How do you rate this article?