The Amazing Robot Crew That Build Without Human Intervention – check out the adorable tiny robots that build by themselves and another interesting case of self-replicating robots.

First, we will take a look at the constructor robot crew:

Finally, we can take a look at a great invention of the latest century – the constructor robots. A group of researchers from Wyss Institute from Harvard University managed to build small robots that mimic the behavior of a termites colony. 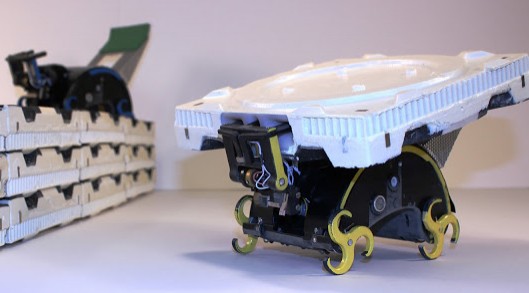 The researchers from Chicago managed to build robots that are capable of creating stable structures and collaborate in order to maintain a productive environment. The most interesting aspect of these little devices is that they don’t need exterior order or remote control in order to work.

They are completely autonomous, and once they build a step, they are capable of climbing stairs and build its steps, and maintain the rigidity of the entire structure. 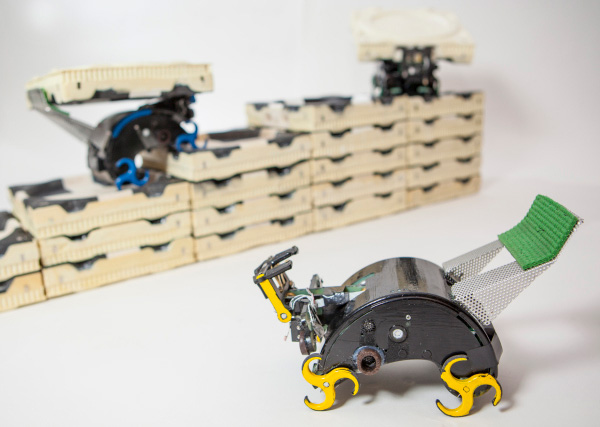 The termite robots are programmed to be able to build stairs, pyramids and can tote bricks. The awesome fact is that these little robots can build mega structures in comparison with their size.

The creators inspired in building the robots from the comportment of the termite ants. 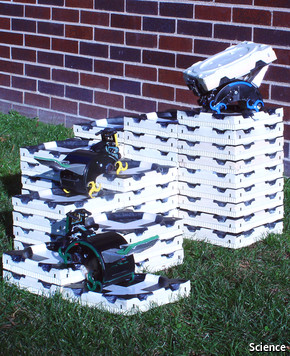 They don’t need orders from a command center or dedicated roles. Each robot is following a simple, yet amazing, concept known as stigmergy. They don’t communicate. The termite robots are able to observe the other “workers” and the environment and act continuously according to the changes. This is amazing because once one of the members of the crew is incapable of working, the other robots are not affected and continue working.

These robots could be the next generation of workers, and could be send in inaccessible or dangerous places, and build different structures. For example, they could be deployed in flooded areas and build resistance walls to prevent the water from reaching human establishments.

Below you can view a video about the amazing termite robots:

Read below about the cool robot that can build itself.

It might sound like a science-fiction movie, but the truth is that a self-assembly robot already exists. People have been always trying to create self-replication machines. They really made it by building the Cubic Robot. 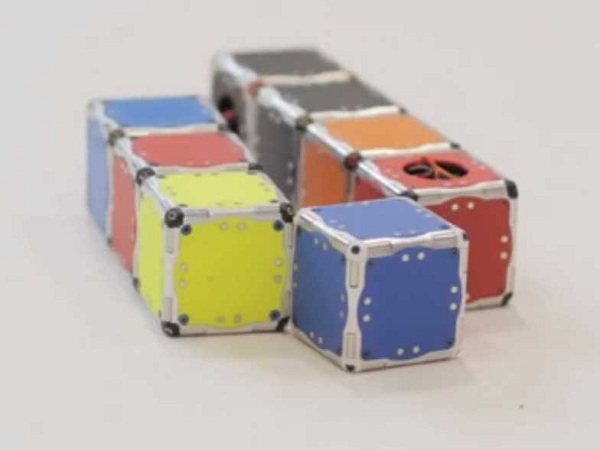 The M-Blocks are small robots that are able to detect each other and recombine to create a new robot. These cubic robots can only jump or roll since they don’t have mobile parts.

They are able to detect other blocks and their attaching parts and connect with them. 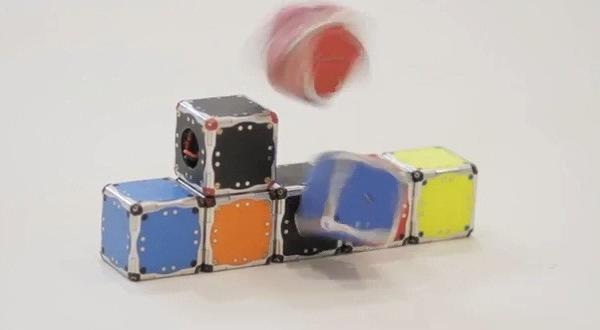 The cool idea belongs to a student from MIT called John Romanishin, who managed to make it true with the help of the Daniela Rus, the leader of the Computer Science and Artificial Intelligence Laboratory.

The M-Block could be used in various situations when a fast rigid structure is needed.

Below you can watch a video about the amazing M-Blocks:

Also check out the latest robots of 2016

Written with love and coolness by karrinah on February 19, 2014 in Awesome Stuff How do you rate this article?