Human-powered flight was finally possible with the awesome Atlas Human-Powered Helicopter! The amazing flight instrument was developed by a team of Canadians, who go by the name of AeroVelo, was able to hover ten feet off the ground for 60 seconds. Have a look right here to see the impressive video. 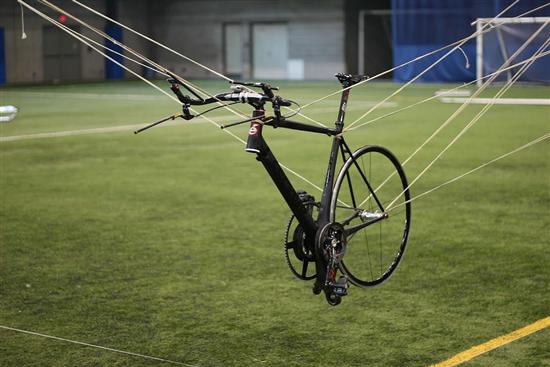 The copter made by the team is the first one in 33 years to win the American Helicopter Society Igor I. Sikorsky Prize. The challenge was launched in 1980, but apparently, in 3 decades, no one rose to the task. And the task seemed pretty simple: f build a helicopter powered solely by a human that would achieve a flight duration of 60 seconds, reach an altitude of 3 meters (9.8 ft), while remaining in a 10 meter (32.8 ft) square. What were people competing for? A prize of 250 000 dollars. 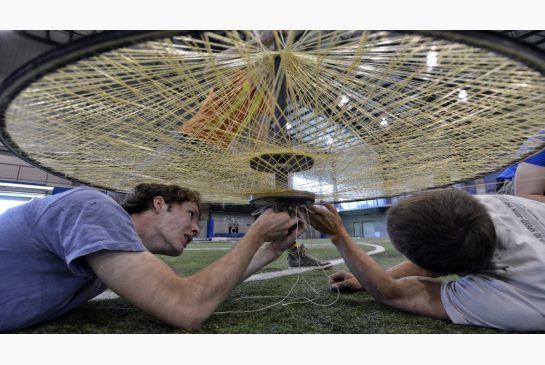 Sadly, in three decades, only 5 such machineries managed to get lift-off, and only one took the prize. Hovering is a process that needs a lot of power, and launching a helicopter is far harder than launching a winged aircraft. 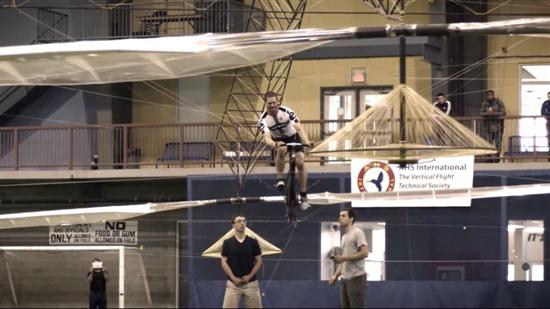 It wasn’t only until June 13th, 2013 that the AeroVelo team from the University Of Toronto flew their Atlas Human-Powered Helicopter for a period of 64.1 seconds, reaching an altitude of 11 feet (3.3 meters). 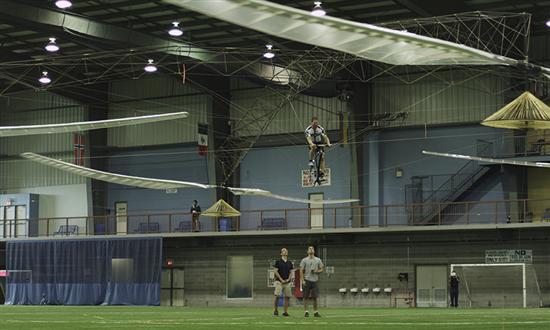 The awesome flight machine that took the prize is a four rotor helicopter that measures 154 feet (47 meters) across, and weighs 54 kilograms. AeroVelo is a team of students from the University Of Toronto, and they funded their project with a Kickstarter campaign. 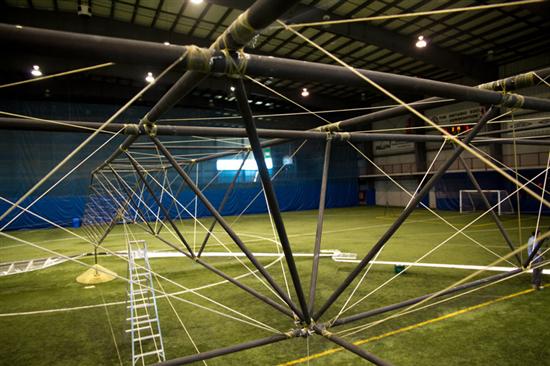 Atlas’ frame is made of carbon fiber tubes which connect four rotors to a central bike. The helicopter is solely powered by the strength of the pilot in order to fly.

One of the members of AeroVelo, the pilot, declared that:

“It’s like you’re biking along the street and someone came and just picked up your bike, and now you’re floating. At the same time you don’t really have the time to appreciate that, because of everything that’s going on. Upon landing is when it all sinks in.” 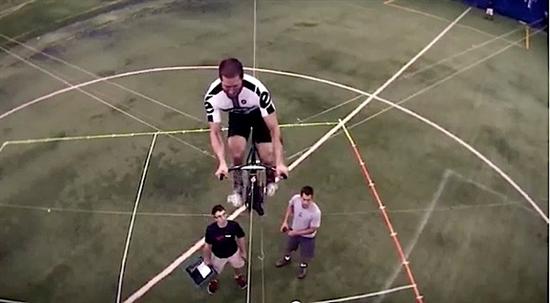 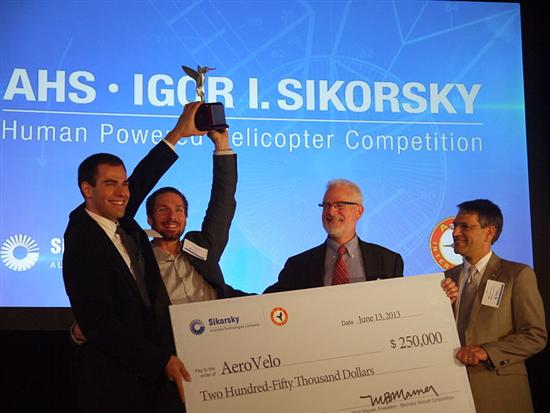 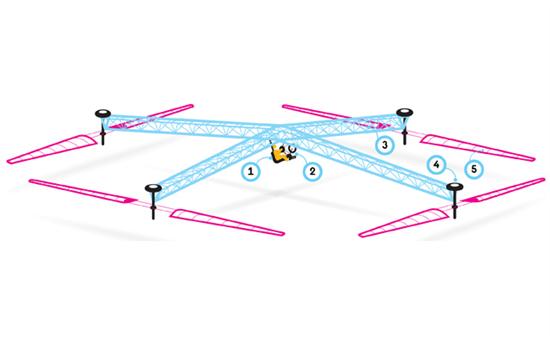 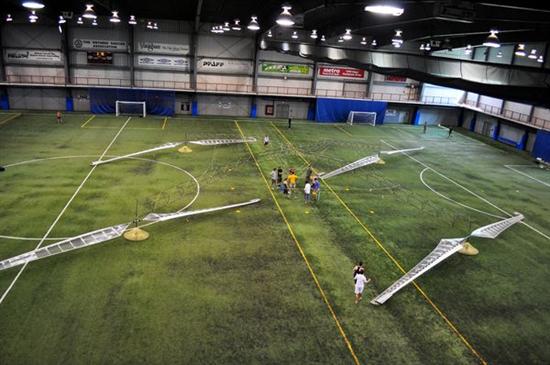 See Atlas, the Awesome Human-Powered Helicopter hovering in the :


Written with love and coolness by crissa on July 27, 2013 in Awesome Stuff How do you rate this article?