3. The Chip Device That Provide 3D Images from Cardiac system

This amazing invention consists of an ultra small chip that integrates ultrasound transducers that contain processing electronics. The chip is only 1.4 millimeters.

This great micro chip is the invention of the researchers team from Georgia Institute of Technology leaded by doctor Professor Degertekin. 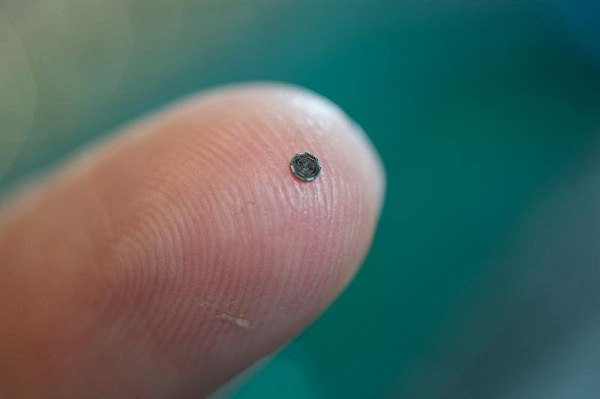 The chip is capable of offering 3D images from inside the heart, the heart vessels, arteries and vines. The doctors need to know what is blocking a certain blood vessel before undergoing surgery. 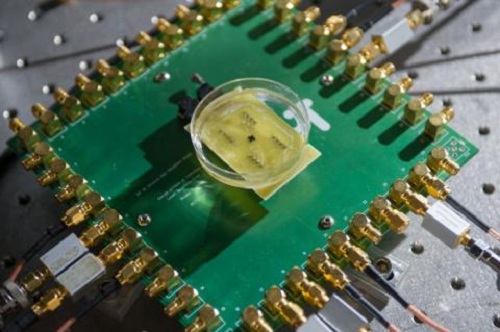 This cool transmitter provides image data at 60 frames per second. It contains no less than 56 ultrasound transmit elements and 48 receive elements. This small device can process signals of data from hundreds of transmitters, thanks to 13 nano-cables. Moving along the blood vessels, this device can offer better images than a traditional cross-sectional ultrasound. 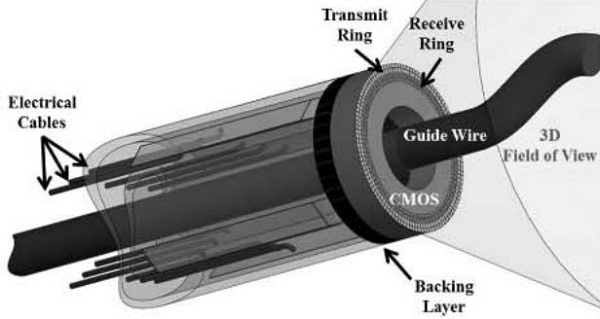 Professor Degertekin is planning to create a smaller device, of only 400-microns in diameter.  The doctors and researchers hope to undergo studies on animals and receive the approve to use this device in solving various health problems in humans.

Below you can view a video about the cool device that could revolutionize medicine:

The Nanomotors are another medical invention that could help solve many disease that need cellular lever studies. The merit belongs to a team of researchers from Penn State University. These microscopic devices can move inside the cell and interact with different bio-structures. This interaction offers a perspective over the cellular studies like none before. 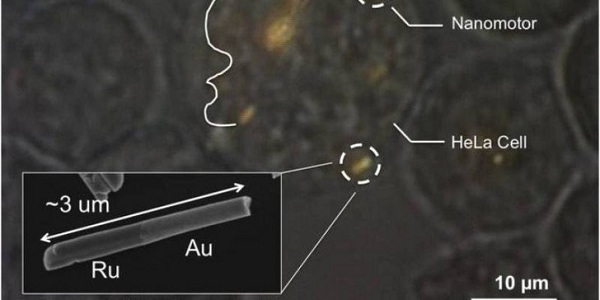 In the above picture, you can see the nanomotors and their trajectories. The nanomotors are made of Gold and Ruthenium.  They travel in a HeLa cell (a typical immortal cell used in scientific researches). The devices are propelled using ultrasonic waves. 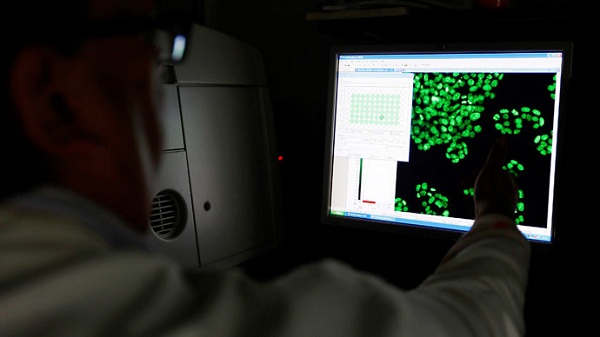 These electronic devices can perform intra-cellular surgery and offer drugs to them in a non invasive method. However, until now, the studies have been performed only “in vitro”, but the scientists hope to work with living human cells as soon as possible.

The first generation of nanomotors required toxic fuels in order to move and this made the studies on human cells impossible. Mauricio Hoyos, french physicist, improved the researches when he found out that the transmitters could move using ultrasonic waves. 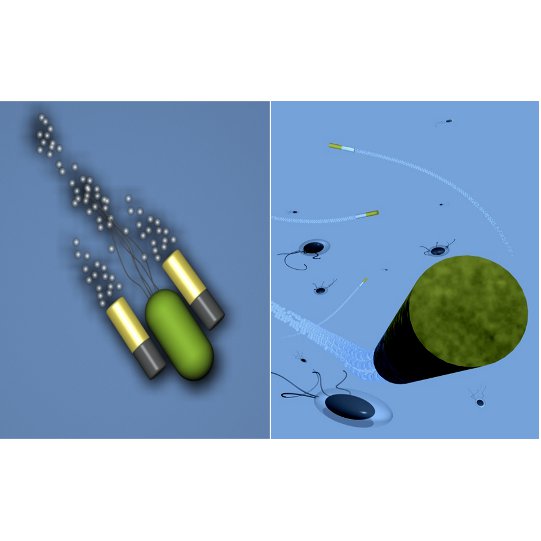 We hope that in the future, these small electronic particles to be able to cure cancers and other diseases without using invasive methods.

Below you can watch a video about the movements of the nanometers in a HeLa cell:

1 2
Written with love and coolness by karrinah on March 8, 2014 in Amazing Stuff How do you rate this article?