Bill Harmon has 35 years and caught an amazing Paddlefish in the North Dakota. The beautiful large fish weighed 127 lb and has been captured in May, this year.

This species is one of the longest lived and biggest that live in the fresh waters. 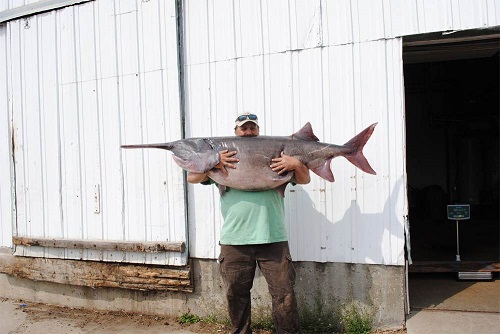 Since the paddlefish can’t be caught with conventional bait and equipment, the anglers use heavy  fishing lines and heavy-duty equipment.

The amazing fish was later approved as the fishing record for North Dakota.