A list with 5 Courageous Babies being born on a plane, impressive cases of women giving birth in a plane, up in the sky, during flights! Info, pictures and videos included.

Can you imagine telling your friends that your momma gave you life on a plane? Being born on a plane is kind of… unique and weird!

Let’s say that all above are myths, but the real question about being born on a plane is what nationality are you? Of course, there is no doubt that if your parents are Irish you’ll be an Irish too, but a special one… born in Australia, or between Europe and America! Pretty cool, huh?

Below, I’m going to present you a list of courageous babies who were born during flights. These are moments to share, so if you were born in some weird or amazing places, let us know your story!

Babies who were born on a plane during flights 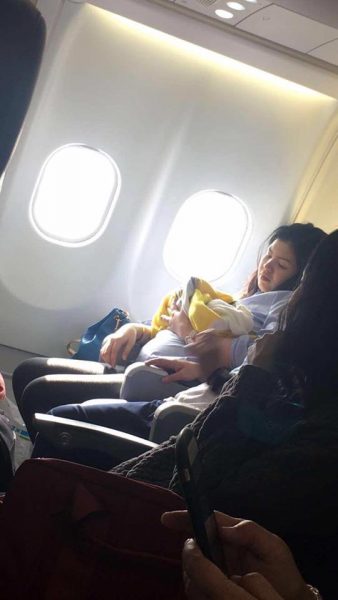 In August 2016, Philippines-based budget airline Cebu Pacific has witnessed the birth of a baby during a flight from Dubai to Manila. The mother unexpectedly went into labor early at 32 weeks pregnant, but Haven was born with no complications, with only one strong push! That’s one tough mom.

The flight was delayed, turned from a 9 hours flight into a 18 hours one, but nobody complaint because the new-born baby made everyone feel blessed. The pilots decided that an emergency landing is necessary in order to ensure the baby’s health, as it was born 2 months earlier than expected. Quite a unique experience, huh?

As for the curious people, the baby’s citizenship raised some issues. They landed in India, and there is a rule of when a child is born mid-air, the baby will hold citizenship of the country the plane lands on next. This rule applies in the USA but in the Philippine it is not longer available, so as the mother held a Philippine passport, the baby will carry one too. Anyway, Haven time of birth follows India Standard time. Congrats mommy, you did a great job! 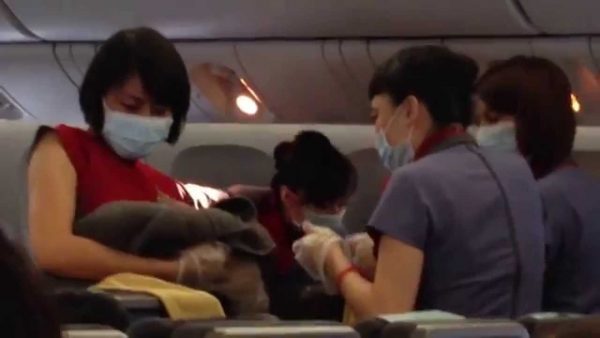 Being born at 30,000ft height during a 19-hour journey from Bali to Los Angeles on a China Airline flight? Then congrats, you officially have a great story to share over the years!

In 2015, a Taiwanese woman, named Jian, gave birth to a premature baby girl. During the whole birth process, somebody filmed her and the video went viral on the internet! Check out the video here!

As the baby was born before the emergency landing, the woman managed to give birth to the baby in safe conditions with the help of the crew and the doctor who was (luckly) on board. After the emergency landing in Alaska, the border patrol came really fast, saying that the woman purposely tried to give birth during the flight to the USA, so the baby can be US citizens. The baby did obtain an American citizenship, and, sadly, the mother was deported back to Taiwan. The baby remained in Alaska with a family friend as she is too young to fly.

Related: Indian Woman Gave Birth To 11 Kids At Once

Woman Giving Birth in the plane above Russia 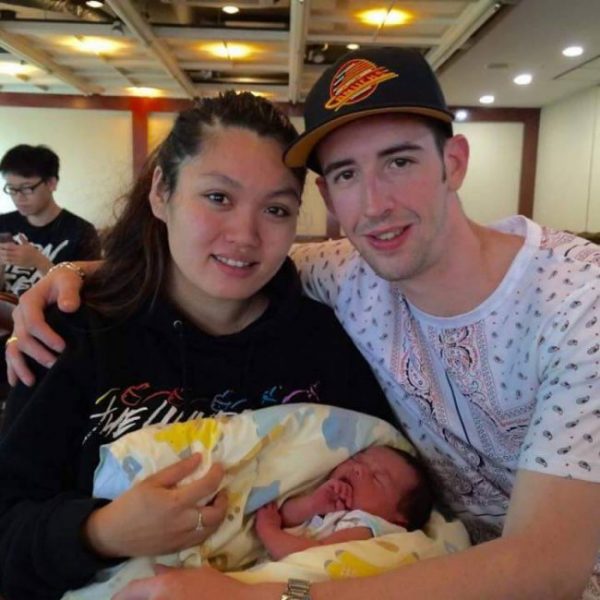 Canadian… Russian or Asian? The big question, right? At 36,000 feet over Russia,  Guan gave birth to a baby girl, whom she named Chloe. The Canadian couple was really not ready for becoming parents as reported they didn’t even know that Guan was pregnant (say what?!). Not sure how that is possible. But, you know.. God’s will…

Here you can watch the video made by Global News.

Ada Guan and her boyfriend Wesley Branch became parents for the first time after Guan gave birth to a baby girl in the first class section of the airplane, some 36,000 feet above Russia. Like me, I know you are curious about the baby’s citizenship, but despite arriving into the world in Russian airspace, the baby will be considered a Canadian citizen. It takes lots of courage to be born during a flight, as well as being born months apart

People on Jetstar Asia flight from Singapore to Myanmar witnessed the birth of a little baby boy. Her mother named him after the flight company, as gratitude for the help she got during the birth process.

Here you have the video of Jetstar birth. An interesting thing to explain after years: Why did my mother named me after a flight company? Kind of funny!

With the doctor’s help, the mother delivered the baby safely and the passengers welcomed the baby with a loudly round of applauses.

Both mother who unexpectedly went into labor and the baby were in good health condition, and, as a reward from the flight company they received 1000$ for baby supplies. That’s one big-hearted flight company! Baby Jetstar will never forget.

U.S baby born on board during flight 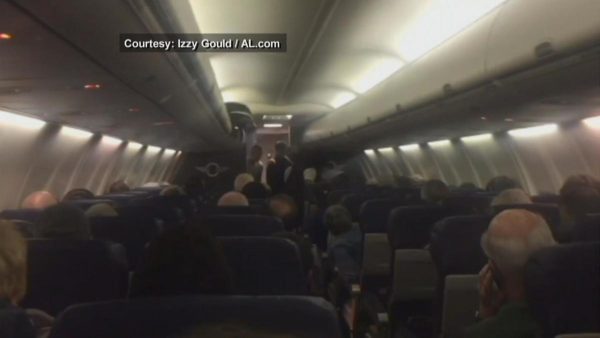 Southwest Airlines Flight 556 heading to Orlando from Philadelphia made an emergency landing in Charleston, South Carolina after a woman gave birth on board. Medical personnel who were on the flight helped with the baby’s delivery and both the mommy and the baby were in good health condition.

Here you have the video made in the plane during the birth process.

After the baby was born, the plane landed in Charleston, and emergency medical technicians transported the parents and the baby to the closest hospital for examinations. With an hour delay, the plane finally arrived in Orlando.

These 5 courageous babies born on a plane have quite some stories to share over the years and there is no doubt that everyone will agree!

If you know your birth story and it’s worth to be shared, please let us know and we’ll make it public for you!

Written with love and coolness by Anamaria Nichita on December 21, 2016 in Interesting Things How do you rate this article?