What does it represent? Aelous is an extremely interesting and awesome acoustic pavilion. Mainly, it sings when the wind blows into it. An investigation into acoustics, wind, architecture and light,

Environmental impact – The artwork aims to inspire the public and engage them in the areas of engineering, acoustics and aerodynamics. 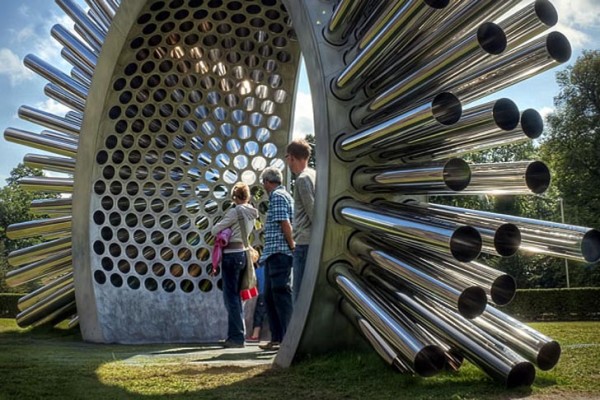 Aelous, named after the Greek god of wind, has a circular shape. Hundreds of tubes similar to eolian harps compose this cool ensemble. Each such pipe has strings inside. When the wind blows through them, it strikes the chords, thus creating a unique, great sound. 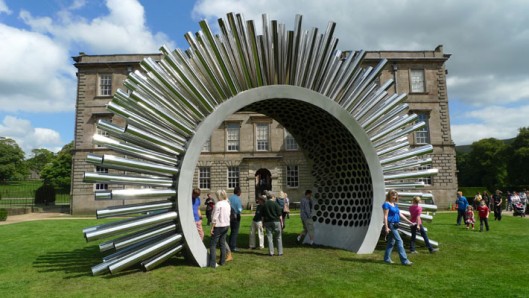 Though eolian harps are not a new concept, they’re usually of much smaller sizes – fitting a window open to the wind – and only exposed to small gatherings. The artist has expanded the concept in both size and functions. 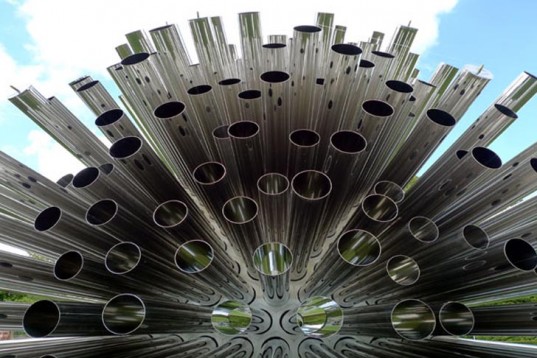 Functionally, there is a special place designed inside the pavilion where people can stand and witness a visual spectacle. Including sunlight into the sculpture, the usual tubes have become light pipes, as well. Thus, according to sun position and strength, they filter the light offering a pretty spectacular show. Below, you can watch Luke Jerram’s artwork.

What does it represent? It’s considered to be the largest man-made turtle in the world. It’s a cool turtle made out of wheel rims! 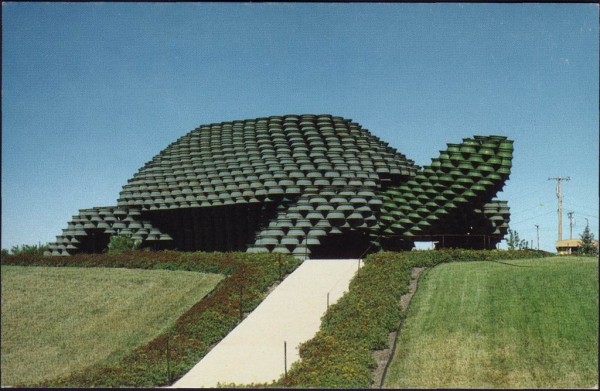 The creator itself collected and recycled over 2000 steel wheel rims. When the time came, he assembled them into this amazing figurine.

What is believed to be the biggest turtle in the world was built in honor of The Turtle Mountains Park. The owner had a vision considering what he could do with a 16 years collection of wheel rims. Acting upon it, he put together W’eel Turtle. 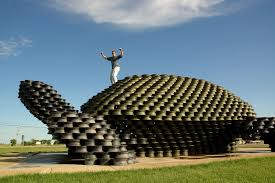 During the winter holidays, the turtle wears a gigantic red Santa hat. Be sure to visit it then!

What does it represent? An awesome symbolic artwork, the solar peace sign statue is an ensemble of solar panels.

Environmental impact – Its impact stands in a strong message that it sends out on the danger of oil dependency. 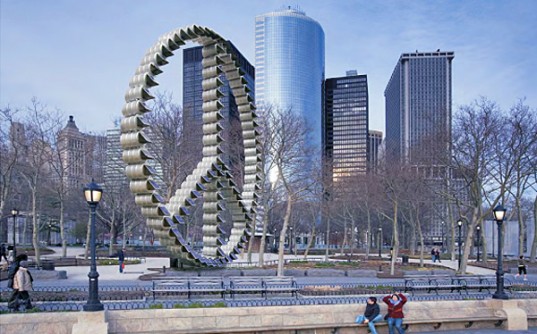 What makes this statue incredibly amazing is that over 80 solar panels speak for themselves.

They’re not just representative for the core message, but they act upon it. The panels feed energy into the city’s energy grid. 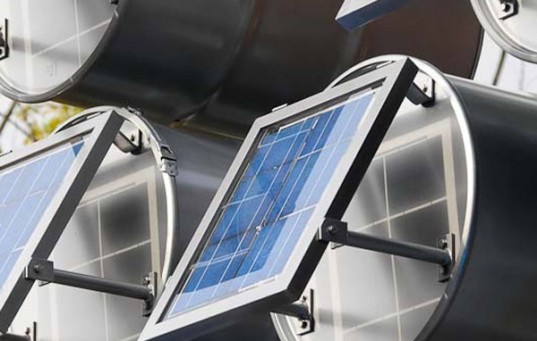 See more on the next page!

1 2 3
Written with love and coolness by Wady Bwug on November 10, 2014 in World's Biggest Things How do you rate this article?